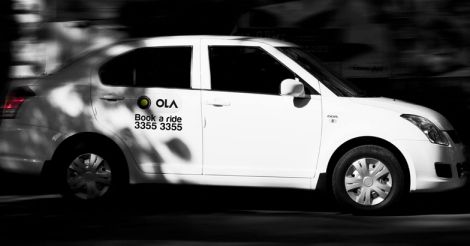 Online services were allowed to start a helpdesk at the railway stations to enable passengers without a smartphone to avail of their services.

Kochi:The auto rickshaw and cab drivers in Ernakulam district will stay off the roads on December 11 to protest the railway authorities’ decision to allow app-based taxis to park in front of the railway stations in Ernakulam and Aluva.

The Southern Railway plans to grant parking licenses to online cab hailing services at railway stations in Thiruvananthapuram and Thrissur districts too. The authorities said they were just emulating the successful service introduced in Bengaluru, Mangaluru and Coimbatore railway stations.

They said they would not cancel the parking permits of conventional taxis and auto rickshaws. Online services were allowed to start a helpdesk at the railway stations to enable passengers without a smartphone to avail of their services, they said.

The conventional taxis are not amusedthough. They see the move as a blow to the ordinary drivers who had earned a parking permit by paying thousands of rupees to the railway.

The drivers plan to stay off roads from 6 am to 6 pm on December 11, coordination committee convener M B Syamandabhadran said.