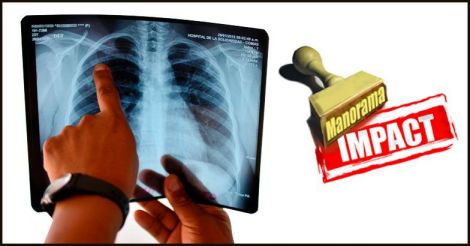 A loss of Rs 9.66 lakh has been confirmed at Thrissur Medical College itself within one year.

Kochi: The state health authorities have confirmed irregularities in the purchase of X-ray film for use in computerized radiography machines at medical colleges and government hospitals. The money involved runs into crores.

A six-year agreement with the Kerala Medical Services Corporation (KMSCL) for supply of the film at fixed rate was buried and purchase was made through a private company, leading to a multi-crore loot.

The money lost has to be assessed in detail. Principal Secretary-Health Rajeev Sadanandan said money lost will be levied from officials, who facilitated the purchase at higher rates.

KMSCL has provided computerized radiography machines to 70 hospitals. A loss of Rs 9.66 lakh has been confirmed at Thrissur Medical College itself within one year.

The agreement with KMSCL was for supply of the film at Rs32-34 from 2013 to 2018 August. But the private company gave a quotation to the hospitals, for Rs 52-54, hiding the deal with KMSCL. Most of the hospitals bought at this rate. The estimated loss incurred in six years could be around Rs 30 crore.

Manorama had reported that there had been major irregularities linked to the purchase of the film at high rates. The principal secretary had ordered a probe immediately.

They were supplied through KMSCL for Rs19,09,950 which included service charges.