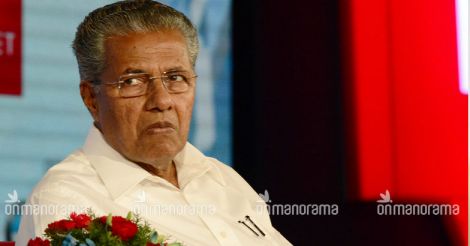 Thiruvananthapuram: Two former employees of the Kerala State Road Transport Corporation (KSRTC) have committed suicide, prompting chief minister Pinarayi Vijayan to convene an urgent meeting to find means to pay pensions that have been discontinued for about half a year.

Staff unions of the debt-laden state transporter said that at least 15 former employees have committed suicide since the corporation defaulted on the payment of pensions. The state government has not replied to a question in the Legislative Assembly on the matter.

Pinarayi has called for an urgent meeting of top officers in the transport department and the KSRTC in Thiurvananthapuram on Thursday evening. Newly sworn in transport minister A K Saseendran will attend the meeting.

An earlier meeting chaired by the chief minister had decided to pay pensions for the six months up to February by drawing Rs 284 crore from the cooperation department. The Kerala State Human Rights Commission had earlier asked the government to disburse pension before the fifth of every month.

The latest casualties of the financial crisis are Natesh Babu from Wayanad and Karunakaran Nair from Thiruvananthapuram. Babu, who retired as a superintendent at the Batheri depot, was found dead in a lodge in the town. Nair died in the Government Medical College Hospital in Thiruvananthapuram in the early hours of Thursday. The Nemom native was rushed to the hospital after he poisoned himself.

Ranveer Singh's 'Simmba' gets an animated avatar on small screen

The show, which will air on Pogo channel, centres around the child version of Singh's Simmba aka Sangram Bhalerao.