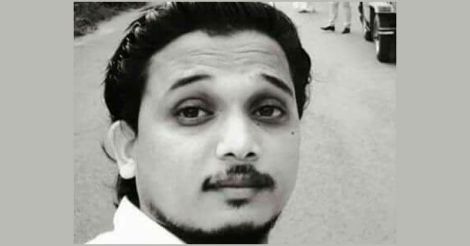 Kannur: After intense grilling that lasted for almost a day, the Kerala police team investigating the recent murder of Youth Congress leader Shuhaib at Mattannur, on Sunday, recorded the arrest of two CPM activists who surrendered before the cops earlier in the day.

The Malur police recorded the arrest of Akash Thillankeri and Rijin Raj, both in their thirties, apparently after they got strong clues regarding the duo's role in the crime. Akash is a member of the ruling party's cyber wing, Manorama News reported. The two surrendered before the police Sunday morning, accompanied by local CPM leaders.

The arrests were recorded late Sunday after chief minister Pinarayi Vijayan issued a statement saying strict action will be taken against the culprit. The chief minister broke silence over the murder in his politically sensitive home district, which put his party on the deck once again over its indulgence in violence, five days after the crime took place.

Akash and Rijin were also accused in a case relating to the murder of RSS activist Vijeesh.

Their friend Sreejith, also an accused in the murder of Vijeesh, was taken into custody on Saturday.

On Saturday, a 300-member police team, led by Kannur district police chief G Siva Vikram, launched a massive manhunt in the CPM strongholds in Kannur to locate and arrest the murder accused.

The police team covered places under the limits of the Maloor and Mukkannur police stations, where the accused in the TP Chandrasekharan murder case stayed underground before their arrest. The search assumed significance as the hamlets where the police have landed up are known as 'party villages,' or traditional CPM strongholds.

The Congress had voiced its protest against alleged police apathy in finding the culprits and slammed chief minister Pinarayi Vijayan for his inefficiency in handling the home department.

The police say the crime was carried out after meticulous planning.

However, protest is brewing over the alleged police failure in arresting the culprits. Congress leader K Sudhakaran is set to launch a 48-hour hunger strike in Kannur Monday morning. The Youth Congress has also decided to launch an indefinite hunger strike in front of the state secretariat in Thiruvananthapuram from Monday.

The Congress state leadership as well as Shuhaib's father Muhammad have demanded a probe by Central Bureau of Investigation, insisting that he does not believe that the local police will ever arrest the real criminals.