Thiruvananthapuram: Distribution of free ration by strictly adhering to social distancing norms will begin in Kerala from April 1. Free foodgrain, 30 kg for priority card holders and 15 kg for non-priority members, will be distributed through 14,250 retail outlets across the state.

The plan is to keep the morning hours for priority card holders, essentially the poor. The afternoons will be for non-priority card holders. To prevent undue rush in front of ration outlets, Chief Minister Pinarayi Vijayan on Tuesday announced a number system.

If anyone is unable to buy their quota in the prescribed days, the chief minister said arrangements would be made for them to collect their rations on another day. There is time till April 20. Distribution of additional entitlements would begin only after April 20. 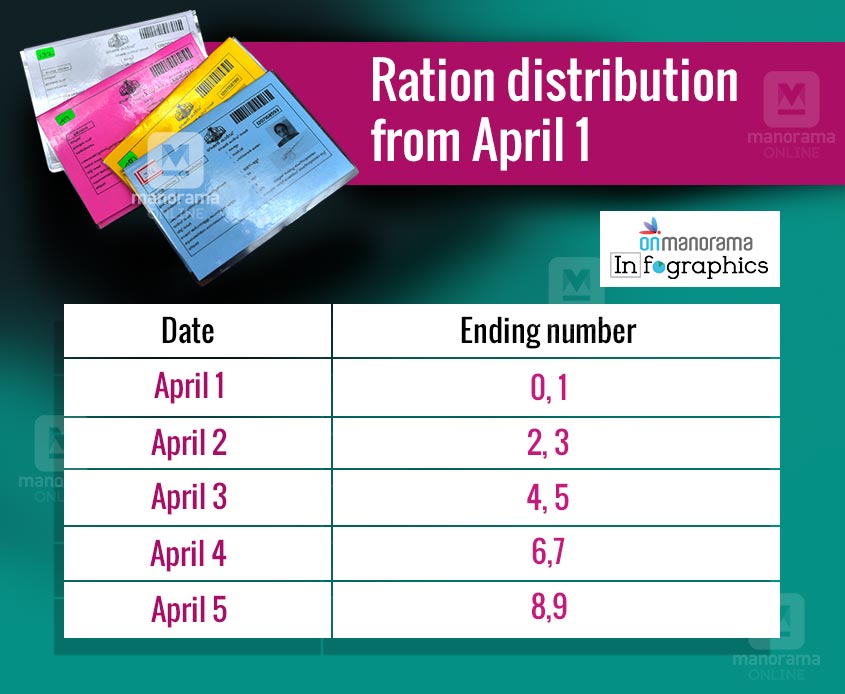 Only five persons would be allowed at a time in a retail ration outlet, so that there is at least a distance of one metre between people who stand in queues. The chief minister said that ward members and volunteers should be at hand to help avoid crowds.

He said the foodgrain quota could also be delivered to the doorsteps of those who would not be able to reach the outlets. But he warned outlets from employing anyone who express their willingness to deliver the goods. "Only registered volunteers (those who had officially registered their names in the government's 'Sannadham' portal) should be used to deliver goods to houses," the chief minister said.

However, he said volunteers should give priority to deliver goods to Antyodaya Anna Yojana and priority household cardholders.

"They should be ready to take the foodgrain to houses where there are poor, old and sick people," Pinarayi said.

Civil Supplies Minister P Thilothaman had earlier said that families that did not possess ration cards could still get free ration if an elder member of the family submitted an affidavit to the dealer concerned. The affidavit should have the Aadhaar number and phone number of the family members.

A false affidavit would invite a fine that would be three times the market price of the foodgrain this family had been provided.

Tags:
MORE IN KERALA
LOAD MORE
The comments posted here/below/in the given space are not on behalf of Onmanorama. The person posting the comment will be in sole ownership of its responsibility. According to the central government's IT rules, obscene or offensive statement made against a person, religion, community or nation is a punishable offense, and legal action would be taken against people who indulge in such activities.
2rbkiveo732uqumnlb95u6pt0u https-www-onmanorama-com-news-kerala onmanorama-topic-general-topics-22-kerala-government https-www-onmanorama-com-acp onmanorama-topic-general-topics-33-ration-card