A preliminary enquiry report submitted by the Crime Branch IG, S Sreejith, says that illegal organ transplantations have been thriving in various parts of Kerala for the last two years. The report also speaks of active "organ agents" who induce poor people to part with their organs for money.

"These transplantations have happened in violation of the protocols and procedures mentioned in the Transplantation of Human Organs and Issues Act (THOTA), 1994," the IG said in a forwarding letter to the State Police Chief.

Taking cognisance of the report, the State Police Chief, Loknath Behra, has instituted a detailed probe into the issue. Crime Branch Thrissur Superintendent of Police K S Sudarshan has been asked to take charge of the investigation.

The preliminary probe began with a tip-off that many men and women in an underprivileged colony in Kodungallur, Thrissur, were being lured by agents to part with their organs, especially kidneys, by dangling the promise of huge financial rewards. 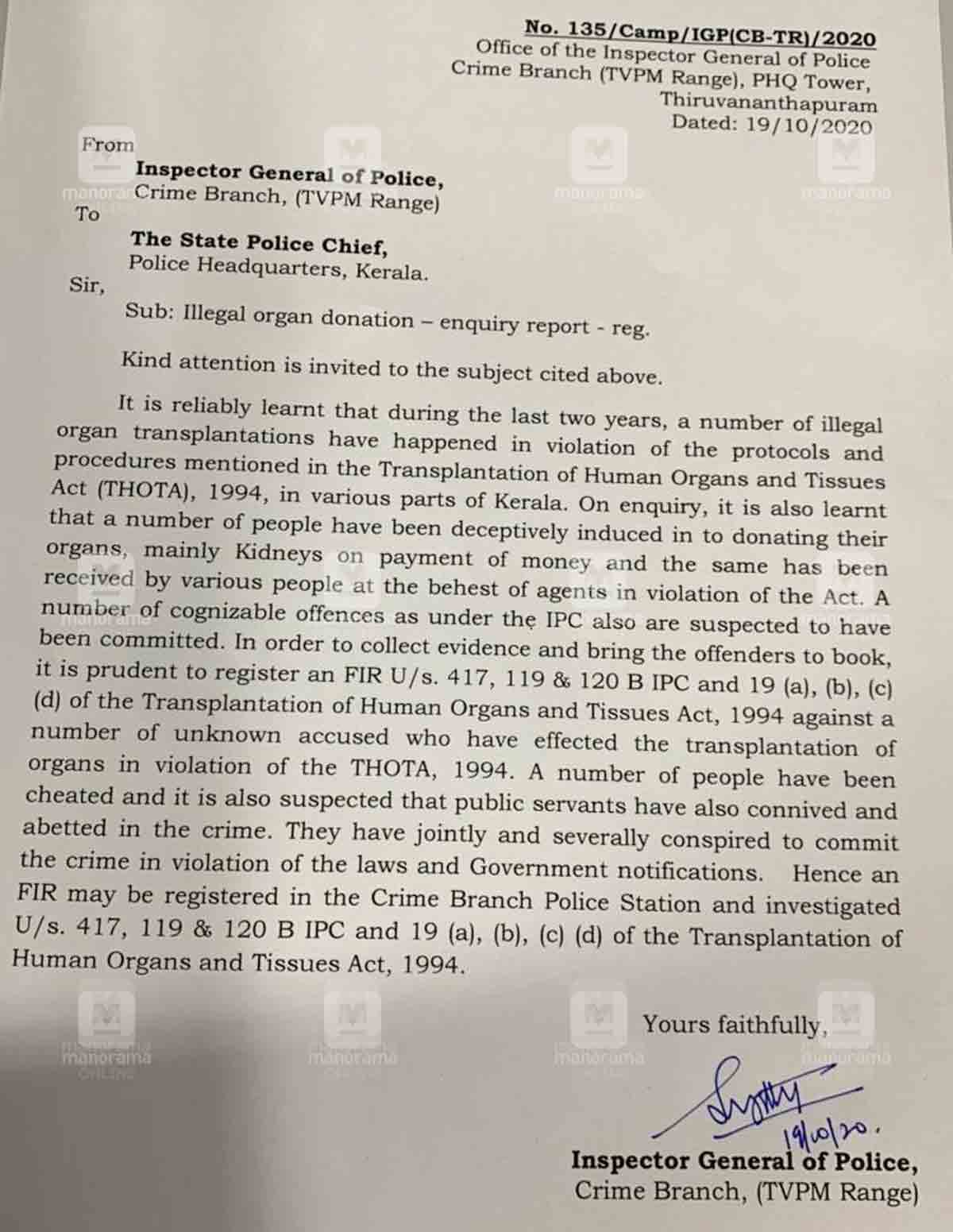 A quick probe found this to be true, and it was also revealed that such illegal transplantations were taking place in hospitals approved for transplantation under the government's Deceased Donor Organ Transplantation Program, Mrithasanjeevani.

That most of the donors were from a particular area, and living in poverty, was a clear give away. The report says that some of the donors were paid but noted that many could also have been betrayed after their organs were harvested.

The preliminary report also makes the serious charge that "public servants could have connived in and abetted the crime," the IG's report said.

This suspicion is largely on account of the fact that "unrelated live donors" would be allowed to donate organs only after the approval of the hospital authorisation committee. But before that, these donors will also have to register with Kerala Organ Sharing Registry (KNOS). It is said that to get many people from a similar locality and poor economic status registered with KNOS, and with no obvious questions asked, would require official connivance.

The probe team already drawn up a list of the suspected; agnts, those who had provided he money and also officials involved. Only a detailed probe can confirm the complicity of the persons now blacklisted.

Besides invoking section 19 in the THOTA Act dealing with trade in human organs, the preliminary report said that sections 417 (cheating), 119 (a public servant's criminal intent) and 120B (criminal conspiracy) of the Indian Penal Code should also be slapped on the offenders.

Tags:
Advertisement
MORE IN KERALA
SHOW MORE
The comments posted here/below/in the given space are not on behalf of Onmanorama. The person posting the comment will be in sole ownership of its responsibility. According to the central government's IT rules, obscene or offensive statement made against a person, religion, community or nation is a punishable offense, and legal action would be taken against people who indulge in such activities.
RELATED STORIES
Subscribe Newsletter