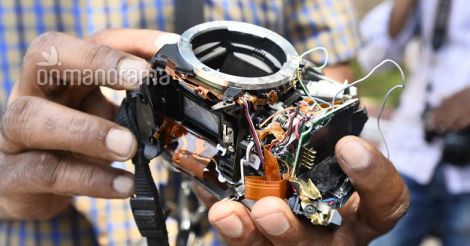 A photographer's camera was destroyed by hartal supporters in Kochi | Photo: E.V.Sreekumar / Onmanorama

» BJP called for a dawn-to-dusk hartal in Kerala Thursday, to protest the murder of party worker Ramith in Kannur's Pinarayi.

» 3 DYFI activists were hacked by alleged RSS workers in Palakkad

» Uneasy calm in Kannur where Remith was hacked to death 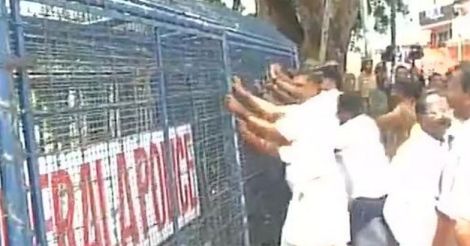 » Stones pelted at a tourist bus at Kuzhalmannam, Palakkad; a poultry shop was attacked in Alathur

» Isolated incidents of violence reported in Alappuzha district; a shop was pelted with stones at Pattanakkad

Swapna, along with her husband and children, and Sandeep Nair, another accused in the case, left...