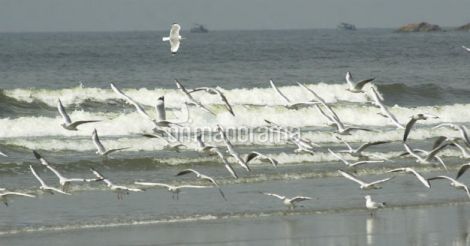 Alappuzha: The first district bird maps in India have been completed for Alappuzha and Thrissur. They would take the honour of being the first bird maps that were prepared for specific districts in India.

Bird maps may be used to correctly assess the number and spread of birds in a particular area. They can be used to study variations in bird populations and also their flocking dynamics. They become all the more relevant because an authoritative account on Indian birds is lacking or rare to find for environment lovers in India.

Similar maps are extensively used in foreign nations, and Kerala had made the first efforts to launch them in India last year.

The Kerala Bird Atlas programme is backed by bird watchers and the Forest department and the atlas is expected to be released in 2020. The district maps that are to be released now are the first steps in that direction. Such a map was earlier made available in Mysore city.

Work on the map was started by watching birds between January and March- which is the season of migratory birds- and July to September when migratory birds are absent in the state. About 50 members in the team watched birds for 120 days to create the map. The data was then collated using computers. Encroaching plant species were also studied in the effort and a separate report on them would be released soon. After five years, the second phase of the observation would be carried out.

The maps are to be released on June 12 at Thrissur.