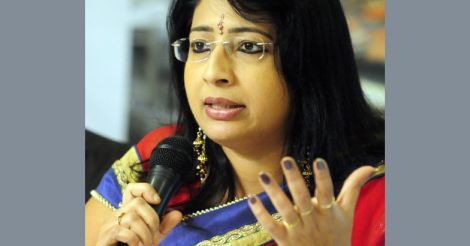 Various student organizations have been protesting against the alleged unlawful activities in the college for some time now.

The students have been agitating seeking more transparency in internal evaluation and removal of CCTV cameras placed on the campus. They also alleged that students were being mentally harassed.

The students alleged that the principal had little time to spare for the administrative duties and should therefore resign from the post.

Talks between the management and students failed to reach a consensus the other day. The Law academy is a government-aided college affiliated to the |University of Kerala.

Reports of anomalies at various educational institutes across the state have been increasing, ever since Jishnu, a first-year student at Nehru College of Engineering & Research Centre in Thrissur, committed suicide over alleged harassment.

BJP state president Kummanam Rajasekharan said the state government should rein in self-financing colleges. He said Lakshmi Nair should quit and make it clear why she continued as principal when the students did not want it.

Kummanam was speaking to media after meeting ABVP activists who have on a hunger strike on the campus.