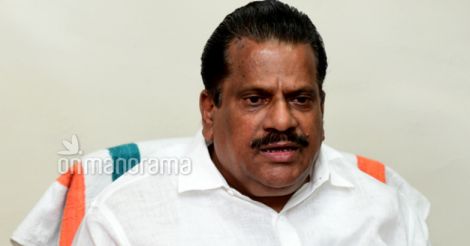 New Delhi/Thiruvananthapuram: Kerala industries minister E.P. Jayarajan may be shown the door for flouting the CPM norms by appointing a relative as the managing director of a government enterprise.

Though the appointment of P.K. Sudhir Nambiar, Jayarajan’s nephew and P.K. Sreemathi’s son, as the MD of the Kerala State Industrial Enterprises has been nullified, the party’s central leadership wants to send out a strong signal even at the expense of the strongman from Kannur.

The party wants the Left Democratic Front (LDF) government to have a hard look at all the appointments that smacks of nepotism. The ball is in the party state unit’s court now.

Appointment of minister’s kin: A probe is a must 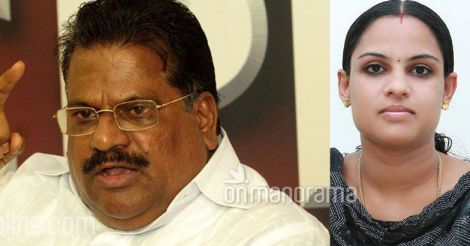 E.P. Jayarajan was accused of nepotism in the appointment of his relative Deepthi Nishad.

Meanwhile, with pressure mounting on the government over nepotism charges, Jayarajan's brother's daughter-in-law Deepthi Nishad resigned as the general manager of Clays and Ceramics Products Ltd in Kannur.

Speaking on the row, CPM general secretary Sitaram Yechury said that there will be a 'corrective measure' by the party.

Meanwhile, CPM central committee member A.C. Josephine complained to Kerala party secretary Kodiyeri Balakrishnan against Jayarajan. Soon after that, Kodiyeri held a discussion with Jayarajan. The minister refused to speak to media after the meeting with Kodiyeri.

Kodiyeri has reportedly asked Jayarajan to give a list of appointments that took place under the industries ministry.

Senior leaders at the national level told Onmanorama that they have asked the state leadership to cancel the controversial appointments and take the offenders to task to restore the credibility of the party. It goes without saying that Jayarajan should resign, one of them said.

The CPM state secretariat will take a decision on the matter Friday. Party leaders have to put their heads together to take an appropriate decision, a senior leader said. The central leadership is yet to decide on sending its representative to the state secretariat meeting.

National leaders of the party have held talks with party state secretary Kodiyeri Balakrishnan and chief minister Pinarayi Vijayan about the government actions that dented the party’s image in Kerala. Pinarayi, it seems, is on the same page as far as the corrective measures are concerned, they said.

They said that they were hopeful that the state leadership would take the steps necessary to correct the wrongs and they have made their minds clear on what is expected of the state unit. The politburo will deliberate on the controversies in Kerala when it meets on November 15 and 16.

The central leaders are also peeved at Sreemathi, a party MP from Kannur, for justifying the appointment of her daughter-in-law as a cook when she was made a state minister 10 years ago. Sreemathi’s Facebook post was tantamount to insulting the party, which was already bearing the brunt of her son’s appointment.

Sreemathi and Jayarajan may also face disciplinary action within the party. The central committee of the party is to take a decision on the matter as both leaders are members of the body.

The CPM considers nepotism as a form of corruption. The party has always asked ministers to resign and face legal proceedings whenever allegations of favoritism were raised against them. The party cannot take a different stand in Kerala, senior leaders said.

The recent controversies related to appointments have disappointed the party carder, as seen from the reactions, they said.

(With inputs from Jomy Thomas in Delhi)

In recent weeks, BJP-run states like Uttar Pradesh, Haryana and Madhya Pradesh have revealed plans to...