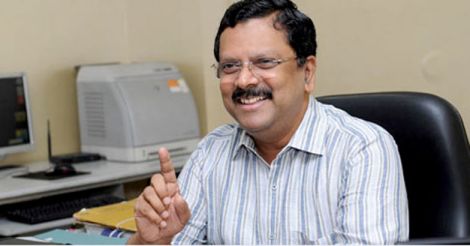 Kochi: Kerala should discard redundant laws to become business-friendly and the negative mindset on making profits should change, a top official said here on Saturday.

"Profit is often considered as a negative word in the state, which should be changed. Moreover, our local bodies make the procedures complex which disheartens the entrepreneurs. The state should reconsider removing redundant laws after holding a series of brainstorming sessions," Chief Secretary Jiji Thomson said.

Delivering the inaugural address at a seminar on 'Ease of Doing Business' here, he said Keralites should change their "negative mindset" for business development in the state.

The seminar was organised by Department of Industries and Commerce in association with Kerala State Industrial Development Corporation, Centre for Public Policy Research (CPPR) and Confederation of Indian Industries as part of the upcoming state-level machinery exhibition, which is scheduled to begin on January 28.

The event was aimed at obtaining the stakeholders' views on the simplification of procedures.

P.M.Francis, Director, Department of Industries and Commerce, said the event was organised as part of the department's efforts to bring down the barriers in starting a business.

"Kerala ranks 17th in the list of states in terms of 'Ease of Doing Business' in the country. This needs to be substantially improved in order to attract investments. "We have often seen a trend that medium and small scale industries from Kerala shift their operations to the neighbouring states.

"There is an imperative need to create a business-friendly atmosphere," he said. KSIDC Managing Director M Beena, "Basically, Keralites have NIMBY (Not in My Backyard) Syndrome. Even though we are a consumer state, we are not supporting production."

"In the backdrop of crisis in Gulf nations, Kerala will soon witness reverse migration and we should be prepared for the same," she said.