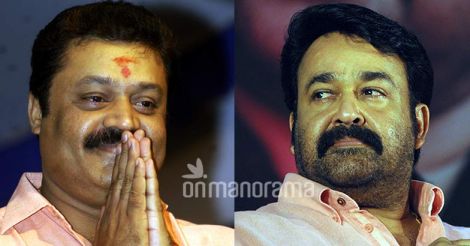 The latest addition to the scheme is Kalliyoor panchayat near Vellayani in Thiruvananthapuram district where a major portion of Mohanlal-starrer ‘Kireedam’ was shot.

Under the project, a slew of development activities including the renovation of the ‘Kireedam Palam’ (a bridge across a culvert that appears in a song in the movie) will be undertaken. Mohanlal and Parvathi in a famous song in the movie Kireedam. The bridge that appears in the song is now known after the movie's name.

A road will be developed as per international standards along Vellayani Lake to boost tourism potential of the picturesque area.

As the Rajya Sabha MP, Suresh Gopi had selected Thiruvananthapuram as the nodal district under the Member of Parliament Local Area Development Scheme (MPLADS).

Suresh Gopi will also spearhead various activities pertaining to environmental conservation and tribal welfare in select areas across the State.

Environmental and watershed projects apart from agriculture development and allied activities will also be implemented in four municipalities and 21 panchayats belonging to the Upper Kuttanad sector spread across the districts of Alappuzha, Kottayam and Pathanamthitta.

A scheme to develop elementary infrastructure including construction of toilets in Attappadi’s tribal belt in Palakkad district will also be undertaken.