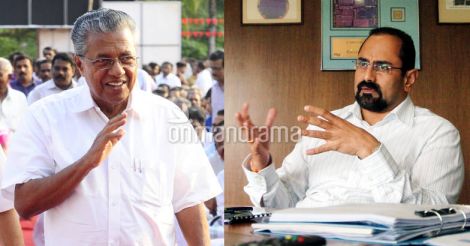 The CM has also called for an all-party meeting on Tuesday. Recently, a number of violent incidences occurred in Kannur, which had been witness to several political murders in the past.

Hailing Pinarayi and other leaders who came forward to create an atmosphere of peace, Chandrasekhar said, “This vicious cycle of political violence must stop, in the interests of our State and its economy.”

Welcoming Tuesday's meeting, he urged political parties to develop it into a collective initiative to bring FDI, infrastructure, progress and entrepreneurship.