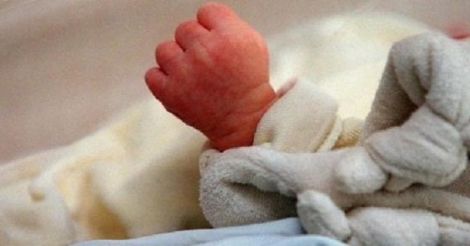 The girl, who was allowed by the Supreme Court to terminate her 32-week-old pregnancy on medical grounds, had on Friday delivered the baby after a cesarean section operation at the hospital.

Mumbai: A baby boy born to a 13-year-old rape survivor died barely 48 hours after his birth at a government hospital here, doctors said.

The girl, who was allowed by the Supreme Court to terminate her 32-week-old pregnancy on medical grounds, had on Friday delivered the baby after a cesarean section operation at the hospital, a doctor had earlier said.

The baby, who weighed 1.8kg, died Sunday around 10.30 am. The premature infant was kept in the Neonatal Intensive Care Unit of the J J Hospital as most of his organs were underdeveloped, hospital sources said.

His condition turned critical Sunday and doctors removed him from an oxygen machine and put him on a ventilator, they said.

A medical officer said the hospital could not comment on the cause of the death as the postmortem report was yet to be finalized. The teenager, who is still in the hospital, is being treated by gynecologist Ashok Anand.

In its ruling on September 6, a bench headed by chief justice Dipak Misra had directed the abortion to be carried out, preferably on September 8, after it took note of the report of the Supreme Court-appointed medical board comprising doctors of the JJ Hospital.

The victim, a Mumbai resident and a class 7 student, had to knock the doors of the apex court as the law prohibits the abortion of a fetus after 20 weeks of pregnancy.

The bench also took note of the risk factors and asked the hospital to admit the girl a day before the abortion.

The doctors at the J J Hospital said the girl's family members, who initially wanted the girl's pregnancy to be terminated, later changed their mind and were thinking of keeping the baby. The girl was raped by her father's associate.

Read more: Latest India news | Girl made to stand in boys' washroom for not wearing uniform