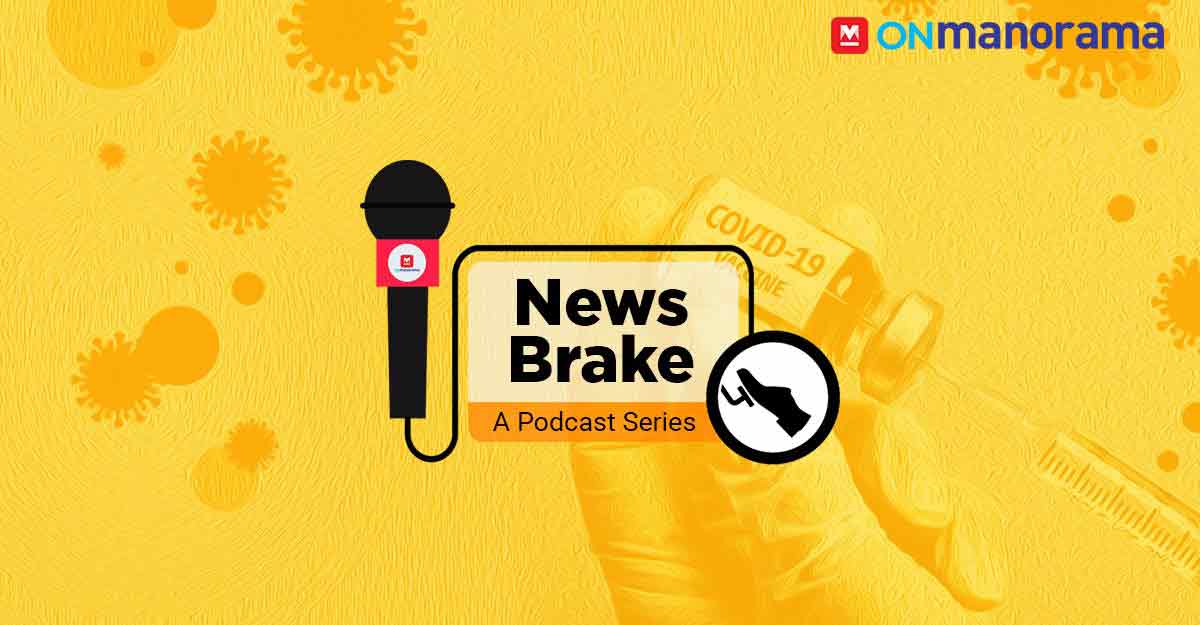 News Brake Episode – 5: How safe are the COVID-19 vaccines?

In this era of breaking news flashing all over, at News Brake we want to take a pause and present the news to you from all angles. Hence, we apply brakes on the busy lane and take a look at how Covaxin and Covishield vaccines will be made available and its safety concerns.

Hello, this is Ajish George and you are listening to News Brake

There is probably no other pandemic that has brought the whole world into a standstill like COVID-19. That is why the possibility of a vaccine gives rise to a lot of hope and excitement.

India has given approval for restricted emergency use of two vaccines – Covishield developed by Oxford and Astra Zeneca and the indigenously developed Covaxin of Bharat Biotech.

Let's take a look at how these vaccines will be made available and the safety concerns.

The vaccine will be first given to healthcare workers from both the private and public sectors. Next up will be those who stood in the forefront of the fight against coronavirus like police and local self government departments.

In the third phase, those aged above 60 years will be given the vaccine, followed by those aged between 50 and 60.

In the next phase, people with other health problems and those living in areas with high COVID-19 infection will be covered, before finally vaccinating the rest of the population.

Next question naturally, would be how can you get it. For this, an online registration would be made available and the details are expected soon.

Only pre-registered beneficiaries will be allowed to take the vaccine and there will be no on the spot registration.

How these vaccines work?

Covishield makes use of a viral vector made using a weakened strain of a common cold virus which contains genetic material similar to that of the SARS-Cov-2.

Similarly, Covaxin is made using an inactive version of the virus. The virus' ability to replicate is inactivated allowing the immune system to mount sufficient response against it.

Several concerns have been raised on the efficacy of these two.

In the case of Covaxin, it is more worrying as the phase – 3 trials are still ongoing and the approval has been given before the trials could be completed.

Several experts have raised concerns over the approval given to the vaccines despite the lack of efficacy data.

Congress leaders Anand Sharma, Shashi Tharoor and Jairam Ramesh raised serious concerns over the grant of approval to Covaxin, saying it is "premature" and can prove dangerous.

The Drug Control General of India was quick to respond. He said that the government would never approve the vaccine if there was a safety concern. Vaccines are 110 per cent safe. Some side effects like mild fever, pain and allergy are common for every vaccine.

The Health Minister Harsh Vardhan even said that Bharat Biotech's Covaxin is more likely to work against newer variants of coronavirus, including the UK variant, and asked opposition members not to "discredit" the approval protocol.

Both the vaccine manufacturers Bharath Biotech and Serum Institute also vouch for its safety.

Though there are doubts, and it is not clear how much protection we might get. At this point, vaccination seems to be the only way out for the world to bounce back from the menace of COVID-19.

So let’s start the New Year with a hope to get the vaccine soon.