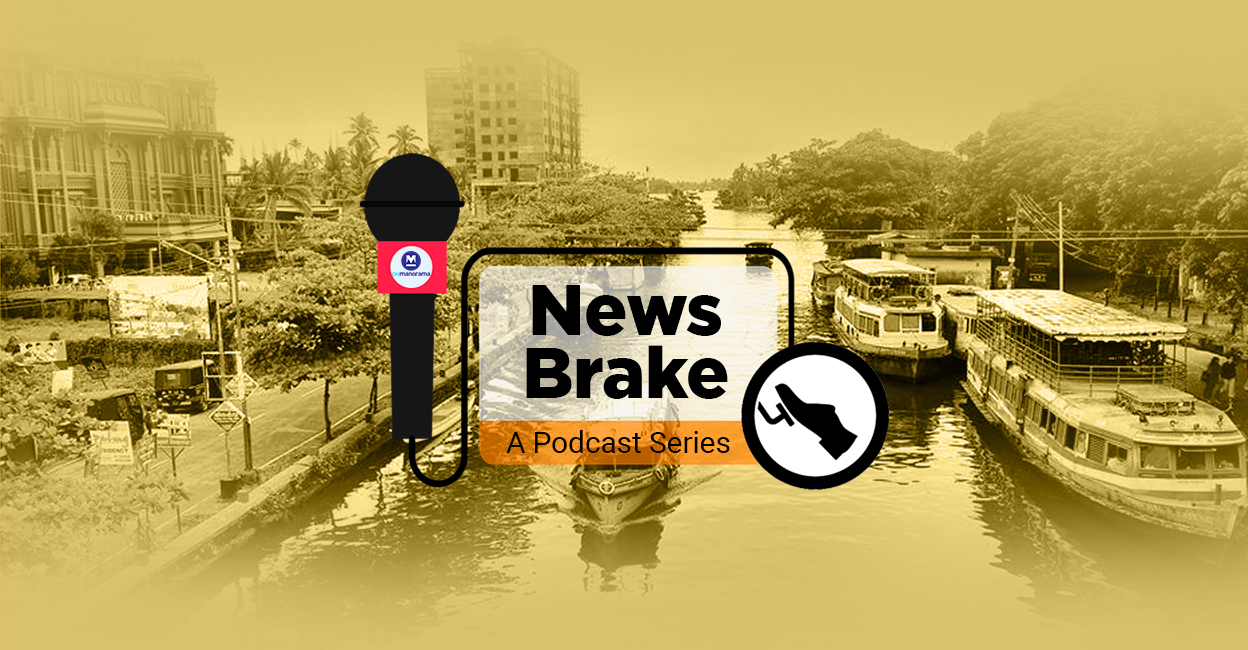 Even as the Kerala government is chugging ahead with the highly ambitious SilverLine project, another less-expensive but equally-ambitious project - the proposed Kovalam-Bekal waterway - is huffing and puffing like a snail-paced steamboat. Find out more about this waterway project on this episode of News Brake.

There's much talk about SilverLine, Kerala government's ambitious railway project which is expected to reduce the travel time between two ends of the state from an awfully long 12 hours to mere 4 hours. It is a grand plan, on the paper. The reality, however, is complex. The many protests mushrooming across the state against the project is evidence of this.

Even as Kerala government is chugging ahead with this expensive railway project, another less-expensive and equally-ambitious project - the proposed Kovalam-Bekal waterway - is huffing and puffing like a snail-paced steamboat. My name is Ramesh Chandran. In this episode of News Brake, let me shed light on this waterway project and its significance.

So what is Kovalam-Bekal waterway?

It is a 620-kilometre waterway that will facilitate water transport and freight movement.

Once completed, the inland waterway will provide a cost-effective and environment-friendly mode of transport, connecting Thiruvananthapuram in the south with Kasaragod in the north.

It will also provide a filip to the tourism sector.

All this for a fraction of what it costs to see SilverLine project completed.

The waterway will pass through existing rivers and canals - after making them navigable - and nine districts after constructing new canals whereever necessary.

However, the progress of the proposed waterway has lost steam after the completion of the first phase.

Though Chief Minister Pinarayi Vijayan had asserted in 2017 that the waterway will be operational in three years, the government later extended the deadline to 2025.

So, what's the delay?

The government has already approved the funds for land acquisition and rehabilitation purporses.

Proposals for developing Kozhikode canal and Parvathy Puthanar in Thiruvananthapuram is also under consideration.

However, only 520 kilometres of the planned route is navigable.

There are obstacles at several places along this stretch.

But, let's wade right into the many benefits of this waterway:

The waterway could be commissioned by spending one-fourth of the amount required for developing roads.

It is less accident-prone.

Maintenance will cost only one-fifth of what is required for keeping roads in good condition.

The waterway will also facilitate the transport of hazardous products like liquified petroleum gas.

It can connect international airports at Thiruvananthapuram, Kozhikode and Kannur.

In addition to all this, the project will also provide a huge push for the tourism sector.

The waterway will be a tourist attraction like houseboats.

It will create more employment opportunities by developing local tourism.

Kerala can emulate Amsterdam, the capital of the Netherlands, in developing waterways.

Like Kuttanad, Amsterdam is also located below the sea level, and the main attraction is riding boats through that city's large number of canals.

Kerala has a more diverse waterway system than Amsterdam, which will provide a visual treat to travellers.

To summarize, the Kovalam-Bekal waterway is a significantly better alternative to SilverLine, and it only costs a fraction. If the government is unable to see the waterways completed in time, the question remains, will Silverline project ever see the light of day?

That's it for now, folks. See you next time.