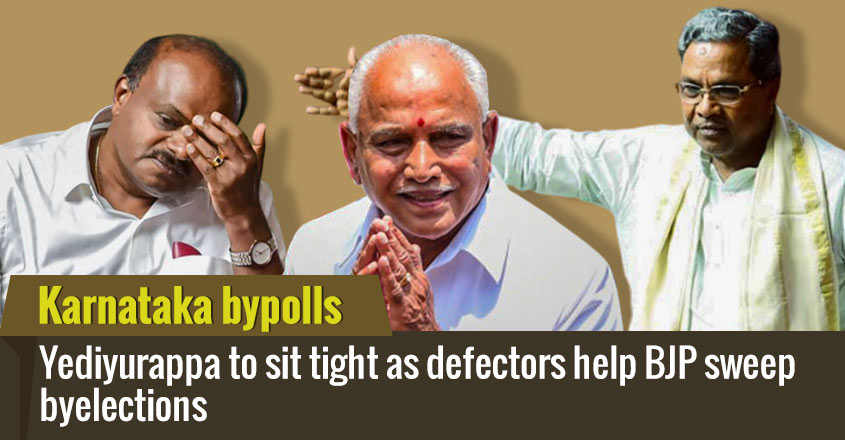 The much-awaited Karnataka bypoll results are out and the voters have decided to take sides with the MLAs who moved camp from JDS and Congress to BJP in the blink of an eye.

BJP has won 12 of the 15 seats contested by the rebel MLAs. Congress won 2 and an Independent claimed 1, leaving JDS with a nought. Yediyurappa will retain the Chief Minister's chair that he wrenched out of the Congress-JDS coalition's grip four months ago.

Congress leaders Siddaramaiah and Dinesh Gundu Rao have tendered their resignation after the poor show by their party in the bypolls.

So how did this tale of treachery, deception and most probably 'horse-trading' end up in favour of the rebel MLAs?

The truth is that in Karnataka no party is sacrosanct. It has always been in a state of political turmoil witnessing constant power struggle.

This time the tide hugely turned in favour of the disqualified MLAs probably since the people were tired of the infighting within unlikely coalitions and the likely horse-trading that followed. The voters have realised that voting for a stable government is the only way out of the deadlock in the administration that has affected Karnataka.