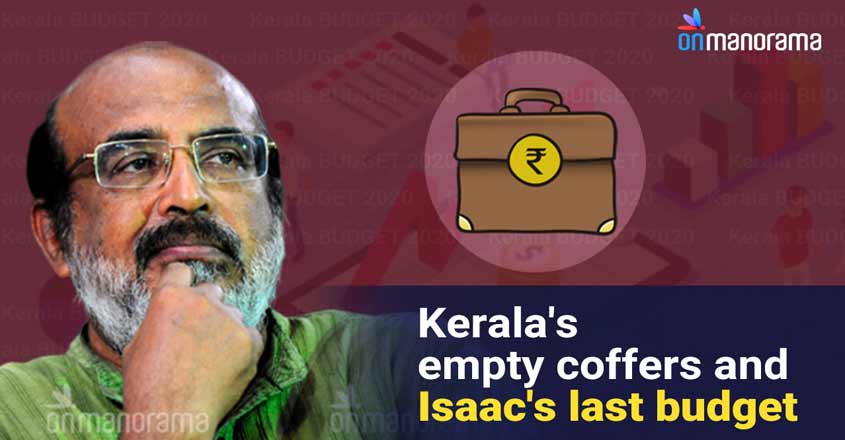 The Kerala Budget for the fiscal 2020-21 is a much awaited one this time for many reasons.

One, the fall in revenue of the state for internal and external reasons.

Two, the tussle between the state and the stubborn, unyielding finance ministry at the centre for GST, flood aid, borrowing limit etc.

Three, this is the last budget ahead of the Kerala Assembly elections next year.

Unlike, the Union Finance Minister Nirmala Sitharaman, Kerala FM Thomas Isaac has no qualms about admitting that the state is undergoing a serious financial crisis. In fact he said 'a recession is evident'.

The undue delay in release of GST share is affecting the state's prompt payment in many aspects. GST shares of August and Sept due in October was released only in December.

The lowering of borrowing limits has also stifled the coffers to a great extent. The state share of the taxes has gone down to Rs 15,236 crore from Rs 17,872 crore in the previous fiscal.

The state government has also fared poorly in ensuring an increase in revenue. Though the government was hopeful of a 30 percent surge in tax revenue this year, the increase in income from the GST remained below 12 percent.

With the dried up coffers, Isaac will find this budget a tough balancing act. Click here to read more on Isaac’s balancing act gets all the more difficult this time.

Other stories on Kerala budget:

All pending bills will be settled in a week: Thomas Isaac