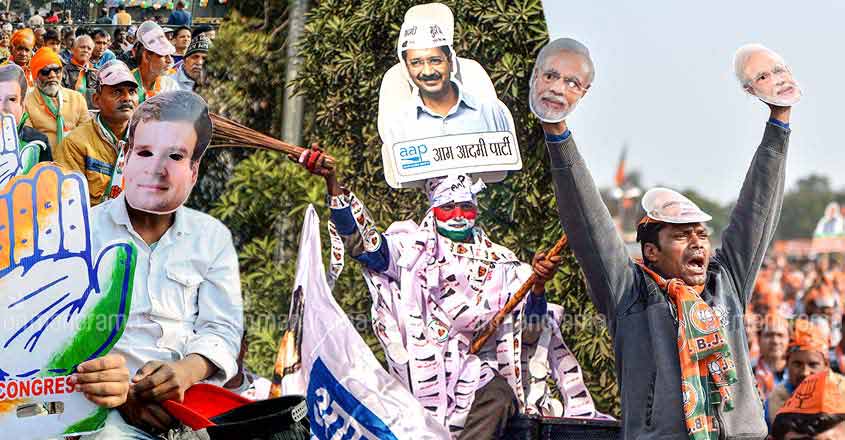 Keralites in Delhi on Assembly election

Even in this severe winter, Delhi is hotly discussing the performance of three major political parties - Aam Admi Party (AAP), Bhatatiya Janata Party (BJP) and Congress - in the Assembly election scheduled for February 9.

Arvind Kejriwal-led AAP urges voters to give his party a second chance to power while the BJP is trying to capitalise on its campaign against Shaheen Bagh protests. Congress is not a major force to reckon with, but star campaigners Rahul Gandhi, Priyanka Gandhi, Amarinder Singh and Manmohan Singh have instilled some confidence among the party's rank and file.

The three-way contest appears to have sharply divided Keralite voters, numbering around 10 lakh, in the national capital.