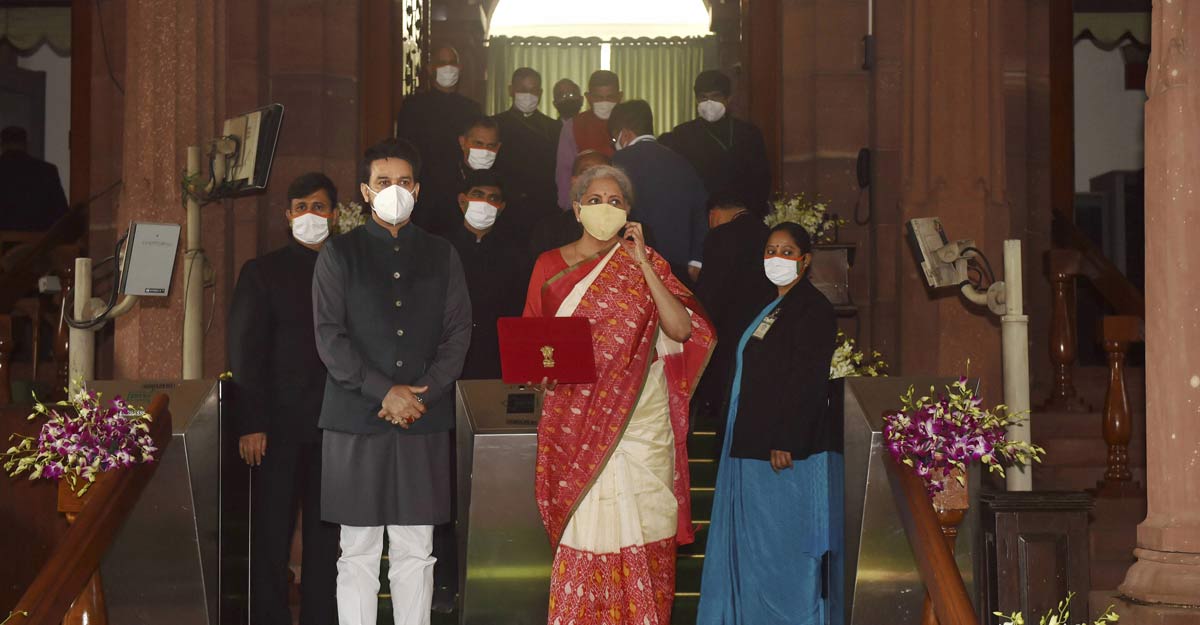 Let's take a quick look at the key highlights of Nirmala Sitharaman's 2021 budget:

As the first budget after COVID-19 rattled the economy, Sitharaman has given due emphasis on the health sector.

The government has set aside Rs 35,000 crore for coronavirus vaccine.

The finance minister proposed a Budget outlay of over Rs 2 lakh crore for health and well being this financial year. An increase of 137 per cent from the previous year.

Sitharaman also announced the rollout of pneumococcal vaccines across the country. These vaccines are effective against potentially fatal infections like pneumonia and meningitis and will help save over 50,000 deaths annually.

This will promote fuel-efficient and environment friendly vehicles while cutting on India's huge import bills.

However, more details on this will be announced by the Union Road Transport Ministry later.

Sitharaman announced that senior citizens above 75 years of age having only pension and interest income would not be required to file income tax returns. Banks paying the interest would deduct the tax on their behalf.

The Finance Minister reduced the time limit for reopening of income tax assessment cases to three years from six years, while for serious tax fraud cases where concealment of income is Rs 50 lakh or more it would be 10 years.

The finance minister said the MSP regime has undergone a "sea change" to assure price at least 1.5 times of production cost with sharp increase in procurement of foodgrains and payment to farmers.

She said the procurement of crops like paddy, wheat, pulses and cotton has jumped manifold in the last six years.

The Finance Minister announced Rs 1,967 crore for Kochi Metro Phase 2. A sum of Rs 65,000 crore has also been allocated for the development of national highways in Kerala. Besides, Rs 25,000 crore will also be spent in West Bengal.

A record sum of Rs 1.10 lakh crore for the Railways has been announced by Sitharaman. She also added that the Indian Railways have prepared a National Rail Plan to create a future ready railway system by 2030.