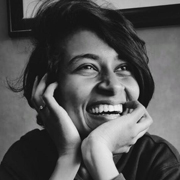 1. First news is from Rajasthan. Sachin Pilot to become the CM of the state

4. NIA says that Popular Front's hit list will not be revealed

Now, let's get into the details:

1) Sachin Pilot is all set to become the Chief Minister of Rajasthan, close Congress sources revealed. While the official appointment might come only after Ashok Gehlot steps down to contest in the AICC presidential election, senior sources hinted that the party's top brass have tapped Pilot for the state's top post.

While the leaders close to Pilot have been asking Gehlot to resign soon after he submitted his nomination papers, people close to the chief minister said the transition can happen at a later date. There seems to be no clarity on the timing of the resignation, a leader said requesting anonymity.

2) Congress veteran and former minister Aryadan Muhammed passed away at a private hospital in Kozhikode on Sunday. He was 87. The news of his death was made public at 7.40 am. He had been under treatment for over a week. His body will be kept at his residence in Nilambur for the public to pay their last respects. The funeral will be held at Mukatta Valiya Juma Masjid on Monday at 9 am.

Chief Minister Pinarayi Vijayan condoled the demise of Aryadan Muhammed. He remembered the senior Congress leader as one who always upheld the values of secularism. "Aryadan was a leader who worked both in agreement and disagreement with the Left front," said Pinarayi.

3) As many as 21 rabies deaths and 1.96 lakh dog bite cases have been reported in Kerala so far this year, states Justice S Siri Jagan Committee report on the grave public issue. The committee has submitted the report to the Supreme Court. Most rabies deaths in the past decade were reported in the Thiruvananthapuram district. The no is 21. The southern district was followed by Thrissur with14, Kozhikode 12 and Pathanamthitta 10 cases. Three children were among the dead.

While only 12 fatal rabies cases were confirmed through laboratory tests, the rest were diagnosed through other means, including typical clinical features. Six of the deceased had received anti-rabies serum and anti-rabies vaccines. The rest either ignored the bite wound or did not report animal bite exposure, the report mentions.

4) The National Investigation Agency (NIA) has been directed not to release the ‘hit list’ allegedly prepared by the Popular Front of India (PFI) leaders to murder prominent persons in Kerala. The decision has been taken owing to the apprehensions that the details if revealed, may disturb the social atmosphere. It is unlikely that the target list may be produced before the court as such. If required, it may be handed over in a sealed cover. The custody request filed by the NIA mentions that the murder conspiracy by the arrested PFI leaders needs to be thoroughly investigated. NIA inspector K Umesh Rai, who is the lead officer, has submitted the request before the Special Court to get custody of the 11 accused who have been remanded.

5) Amid the ongoing tussle between Governor Arif Mohammed Khan and the State administration, primarily over the running of higher institutions of learning, the Vice-Chancellor of the Thiruvananthapuram-based University of Kerala has rebuffed the former's move to call a Senate meeting. Vice-Chancellor V P Mahadevan Pillai has stated that the Senate meeting cannot be convened for selecting the next VC of the University of Kerala. The Governor's office had directed the VC to nominate a Senate representative to the search-cum-selection committee before September 26. The Governor, who is also the University Chancellor, had constituted the committee to select a successor to the VC, whose tenure ends on October 24.