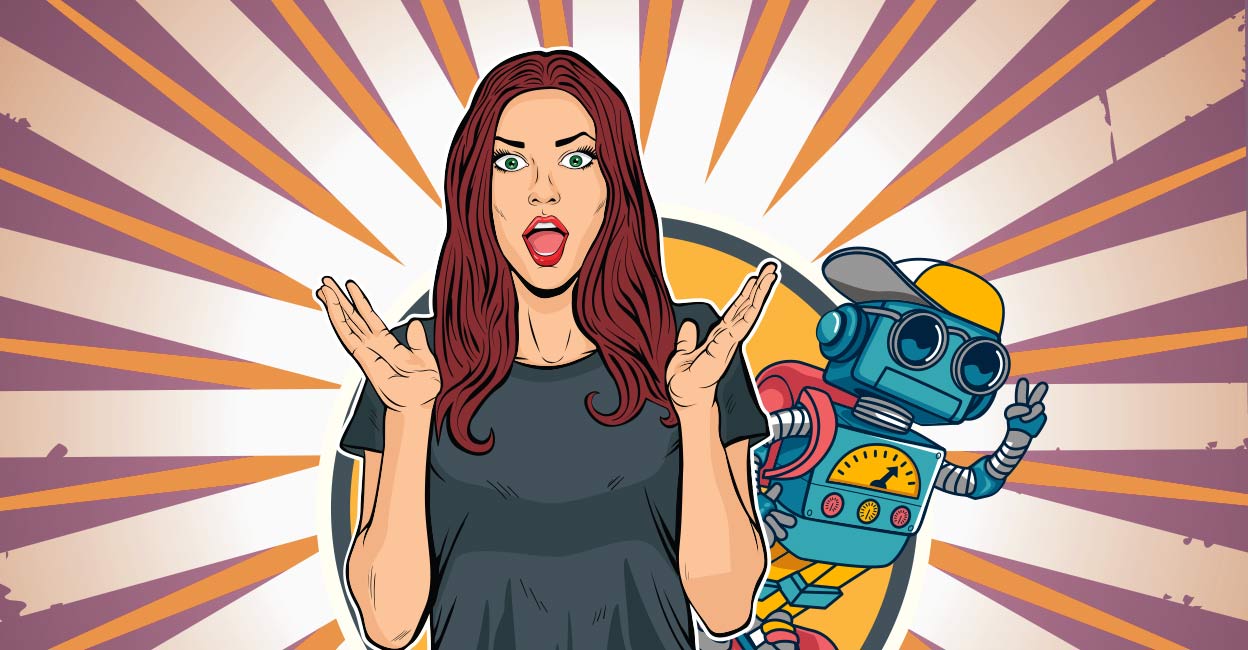 Welcome to Onmanorama's Wacky News hosted by Vishnu. Today we talk about coffee made of bird poop, a family with no fingerprints, a puddle with 16K Instagram followers and much, much more! Tune in to listen to some crazy stories from around the world!

V: Hey everyone! You are listening to Onmanorama’s Wacky News. My name is Vishnu, and I'm here to bring you some of the craziest news stories this week. Joining me is my robot best friend Manorama who collects all these crazy stories.

Manorama: Hello listeners! Are you ready to listen to some wacky news?

V: Manorama, what all wacky news have you found for us this week?

Manorama: There's a story about bird poop coffee, soul-burning gin and much, much more!

V: That truly sounds wacky! What are you waiting for? Let’s start the news countdown.

V: UK-based Anno Distillers has launched the world’s strongest gin called the Anno Extreme 95. This spirit is so strong that it comes with a small measuring beaker for precise dosing and a leaflet with clear mixing instructions. Since it has 95% alcohol content, just 5ml of the spirit can give you a full-flavoured Gin&Tonic experience.

Manorama: With 95% ABV, that gin can set your mouth, heart and soul on fire. They should have called it the “Devil’s Taste”.

V: Are you a germophobe? Then maybe this smartphone is for you. CAT S42 smartphones built under the Caterpillar brand have an IP68 rating, which means they are completely dust and waterproof, and the manufacturer encourages users to wash and sanitize their phones. It also has a Biomaster antimicrobial technology that can stop the spread of germs.

Manorama: It's time for humans to switch to anti microbial phones. You use phones while on the toilet in the morning and then sleep on top of them the next night.

V: Rain Gordon, a Russian nursery school teacher, has a unique fascination for inanimate objects. In her early teenage years, she fell in love with a shopping mall that opened in her home city and now Rain has fallen in love with a briefcase called Gideon at the age of 24. She purchased Gideon from a hardware store and fell in love with it so hard that she even married it.

Manorama: It's easy to marry a briefcase, but how on earth will you divorce it? If she purchases another briefcase, is that considered cheating? I have so many questions.

V: D'Cruz family, born in Karachi, Pakistan, before migrating to Canada, America, and Switzerland, hold a unique Guinness record. The D’Cruz siblings, whose ages range from 75 to 97 years, have set a new Guinness World Record for the highest combined age of 1,042 years and 315 days.

Manorama: Imagine the stories you'll hear at family reunions! That family should be declared a living museum.

V: Do you know that the world’s most expensive liquid is sold for up to $39 Million a gallon? Deathstalker scorpion venom is also the world’s most expensive venom. A component of the venom, the peptide chlorotoxin, has shown promise in treating human brain tumours, while others may regulate insulin levels and treat diabetes. So it’s valuable for the medical industry.

Manorama: I agree that one man’s trash is another man’s treasure. In this case, the poor scorpion’s protection is the pharmaceutical industry’s treasure.

Manorama: In such extreme climates, how can they keep up with world events?

V: They can listen to news podcasts. For example, during Kerala Floods, I regularly listened to The Daily News Dose Podcast by Onmanorama for credible news. Their podcast gave me brief notes about major happenings of the day. This way, I stayed informed about what was happening around me.

Manorama: Where did you listen to it?

A: Oh, it is available on all podcast streaming platforms.

Manorama: Then I’ll quickly finish recording Wacky News and listen to the brand new episode of Daily News Dose. In the event of a red alert, I will also take a day off.

A: This is truly a wacky news. Men born to the Sarker family in Bangladesh have no fingerprints. They were born with completely smooth fingertips due to an extremely rare genetic condition called Adermatoglyphia. Since fingerprints are important to record biometric data, these men are facing difficulty to get driving licenses and passports.

Manorama: The government should thank them for being law-abiding citizens. Imagine being a thief with Adermatoglyphia.

V: There’s a giant puddle in Russia’s Far East city of Yuzhno-Sakhalinsk that somehow survived unfixed for over 25 years. This half a century-year-old puddle now has its own Instagram page and over 16,000 followers. Yuzhno-Sakhalinsk authorities are trying desperately to drain the puddle, but each rainy season it returns stronger.

Manorama: I bet we can find some sister puddles and cousin puddles here in India. Maybe we should make some more Insta accounts and create one giant Puddle family.

V: A passenger travelling from Indonesia to Australia was fined 2,000 dollars after airport security found two undeclared egg and beef sausage McMuffins and a ham croissant from McDonald's Indonesia in his luggage. It happened days after Australian authorities imposed a tough new biosecurity rules following a Foot and Mouth disease outbreak in Indonesia.

Manorama: Poor man! This has to be the most expensive McMuffin in the history of mankind.

Manorama: I read that Jacu birds only eat the best, most ripe coffee cherries they find, thus making the coffee more flavourful. That is so wacky!

V: Anyway, that was a great set of wacky news Manorama. What are you planning for us next week?

Manorama: I am currently reading about the world’s most expensive yacht no one has seen and a bizarre pickle art. But more on that next week.

V: Awesome. Can’t wait to share it with our listeners. Well, that’s all for today folks! Did you like the episode? Do let me know. I and my Manorama robot will be back with even wackier news soon. So don’t forget to tune in. Tata!