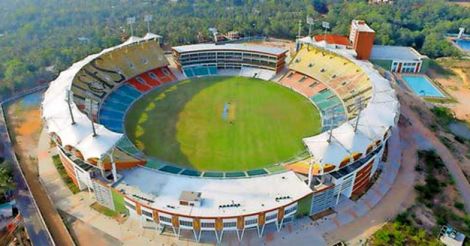 Kottayam: Will Thiruvananthapuram prove to be the lucky venue where India finally break their jinx against New Zealand in T20 Internationals? Well, the answer will be known on November 7 when the two sides meet in the state capital in the first ever T20I to be played in Kerala.

Earlier, the Greenfield Stadium at Karyvattom was allotted the India-Sri Lanka T20I to be played on December 20. However, the Board of Control for Cricket in India on Wednesday informed the Kerala Cricket Association that the venues of the T20Is during New Zealand’s tour of India have been changed.

The T20I supposed to be played at Cuttack clashed with the dates of the Puri Beach Festival, thus forcing the BCCI to look for an alternative venue.

Thiruvananthapuram last hosted an international match in 1988 when India and the West Indies clashed in a one-dayer.

India have lost all four of their T20 matches to the Black Caps.