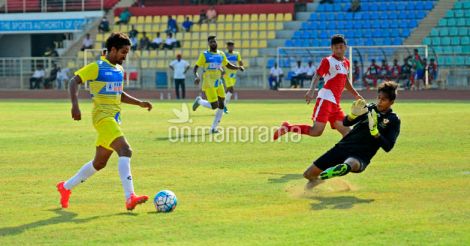 Bambolim (Goa): Joby Justin's hat-trick powered Kerala to a 4-2 win over Railways in their opening Group B match of the Santosh Trophy national football championship here on Wednesday.

Railways took the lead in the 17th minute as Rajesh made the most of a defensive lapse. However, Joby restored parity for Kerala just four minutes later with a header. The striker put Kerala ahead in first-half injury time by converting a free-kick.

Joby completed his hat-trick in the second half, before Usman made it 4-1 with another header. Though Rajesh netted his second goal of the match it was too little too late for Railways.

Kerala next meet Punjab on Friday. 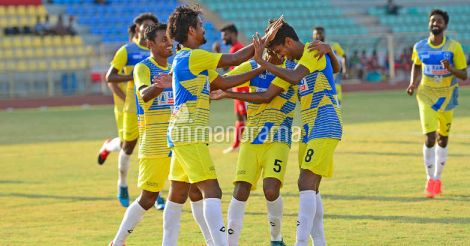 Joby Justin celebrates with his teammates after scoring a goal. Vishnu V. Nair

Punjab and Mizoram played out a goalless draw in another Group B game.