People in Rajasthan, who have to cross Deshnok in Bikaner during their train journey, look forward to unscheduled halts at the station for a chance to pay a visit to the Karni Mata temple which is at a walkable distance. Though temples of Karni Mata, an incarnation of goddess Durga who lived in the 14th/15th century, is common in Rajasthan, the one in Deshnok is unique for its inhabitants – an army of rats.

The legend is that, a ferocious army roamed around the provinces of Bikaner, looting and plundering village after village. Upon realizing wretchedness of their tyranny, the men asked Karni Devi for forgiveness. Exonerating them, the deity granted them refuge in her main temple after turning them into rats.

Today, Karni Mata temple is home to more than 25,000 rats and they are revered as the prime worshipers of the temple. 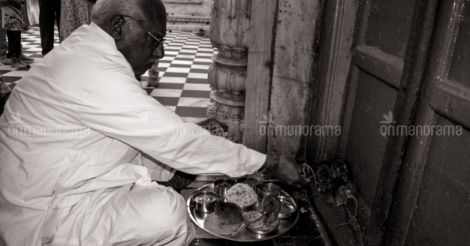 The temple, standing tall on a patch of desert, is not an architectural marvel like other houses of gods in India. On the walls and windows of Karni Mata temple, figures of rats of various sizes dominates sculptures of gods and goddesses. People flock the temple just to see the army of rats or feed them, which is considered as an act of reverence.

The visitors, who successfully wade through a flood of devotees, will be welcomed at the goddess’ chamber with a warning from the gatekeeper, “Mind your step”. Don't worry if you miss it in the hustle bustle. The squeaking, which will resonate from all corners of the shrine, will keep reminding you of the gatekeeper's advice.

The temple has two white rats, their sighting is considered as auspicious by devotees of Karni Mata.

If any of the temple rats are killed by actions of visitors, they will have to compensate with a golden rat of the same size and weight.

How to reach: Karni Mata Temple is 30km away from Bikaner. If you are traveling by a train from Delhi then confirm that your train makes a halt at Deshnoke. You can also drive from Bikaner during your Rajasthan trip and spend some time in the temple.

When to go: Rajasthan's summer is extreme hence avoid trip between late April and early July. Post monsoon season is the best time to visit Bikaner and explore this temple along with the beautiful haveli (mansion) and forts here.

(With inputs from Anshul Kumar Akhoury)