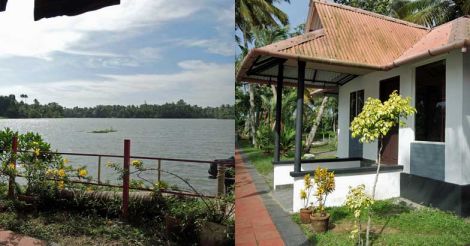 Mangrove Island: an idyllic haven to get marooned

Strewn across the Vaikom-Ernakulam Road at Poothotta is a stunningly beautiful and idyllic archipelago of Muvattupzha River. Mangrove Island Resort sits pretty in one of these islets.

Modest and snug, the tiny resort cottages, perched on the edges of the river bank, give an impression that they had been awaiting your arrival for long.

The only way to get across to the mainland is by a boat, and therein lies the USP of this exquisite three-acre island. A virgin, emerald patch away from the bustling urban jungles, all for yourself – that’s Mangrove Island for you.

I reached the pickup point on the mainland, a few yards off the highway, by 11:30 am. Benoy Varghese, one of the proprietors of the island resort, was already there to receive me. I had left my vehicle at the parking lot. Benoy gave me two options to cross the river – a six-seater speed boat or a country boat moored at the modest wharf, both of which had life jackets and other safety measures in place.

I chose the latter. The country boat silently set sail and glided over the sparkling waters of Muvattupuzha. The only sound that interrupted the quietude was the comforting melody of the gurgling water when the boatman, Satheesan, dipped his oar into the river.

As Benoy and his partner, Raveendran, broke into a chat, I sat awe-struck by the mesmerizing views and kept turning my head all around. It was indeed a joy ride that lasted just under 10 minutes. 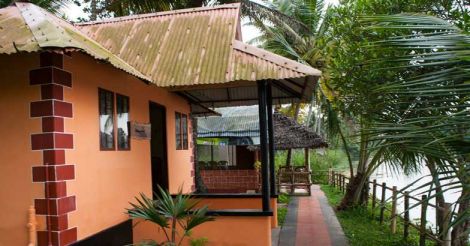 As soon as we reached the island resort, I left my baggage in one of the cottages and made a quick survey of the breathtaking environs. The islet reminded me of the Algae Island in the movie Life of Pie. A few rafts and pedal boats were anchored at the ribbon-like canals that cut through the island.

There was no much time to waste as the Shikara, a small houseboat with a flat bottom, was waiting at the dock to take us on a bigger voyage into the blue-green backwaters. Before we embarked on our boat trip, Benoy made sure that life jackets were there at the corner. Satheesan, the navigator, revved up the engine and there we were – speeding ahead through the water, gliding smoothly like a fallow deer.

The boat passed a bridge and some wharves on the shores. The scenic view of the palm groves that skirted the banks seemed like a panoramic image of the quintessential Kerala we see on tourism websites. Human habitats on the banks were sparse.

Four reasons to head out to Palaikari Aqua Tourism centre

Kakkathuruth: an isle the world admires

Splashing the gleaming ripples with a new-found zest and vigor, I sat in the shikhara and enjoyed my ride. We soon reached the mouth of the river. It was literally a mind-boggling experience to barge into the vast expanse of Vembanad Lake where three rivers emptied themselves into. I rubbernecked to catch a glimpse of the distant horizons in vain.

Tiny patches of palm grove islands were seen strewn all around. Benoy and Satheesan were busy briefing me with the names of those who owned some of them. But, deep in the backwaters, I had almost forgotten the two men. 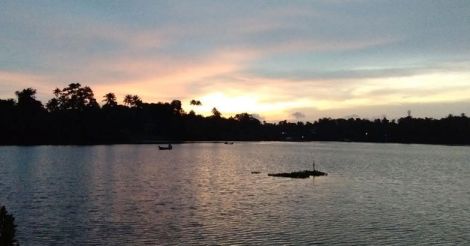 The sky was clear. The shikhara kept shooting ahead and went past the islets, one by one. It was indeed a flabbergasting glide through the white caps of the confluence of rivers. It was around noon and the breeze was mild.

As the sluggishness from the humdrum of life was left far behind, there was no choice but to get stunned by the amazing little pleasures of nature, which was spread endlessly before me. "Can we go straight and reach the spot where the lake meets the sea," I asked.

"No, you'll reach a strip of land where the national highway runs. You'll reach Aroor, Arookkutty and so on," Benoy said. My poor sense of geography prevented me from asking any more doubts.

The boatmen led us further to a spot, which was a marvel in itself. A place in the middle of the vast lake, where water was just knee deep. A houseboat was already halted there.

Our shikhara stopped for a while to watch holidayers reveling in the shallow waters. Some of them squatted, others tried swimming. But most of them were busy collecting clams from the riverbed. As Benoy explained that clams were abundant in the area, the owner of the other houseboat bent down to grab a few and handed them over to me.

"This shallow area in the lake is spread over five acres," Benoy said. We spent some more minutes there before we headed for another specimen of nature's marvel.

Cruise through the mangrove creek 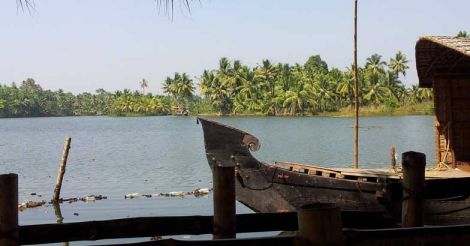 Leaving the water world behind, we cruised back to Muvattupuza River upstream, taking a different route. Splashing the silent waters, the shikhara sped forward and after a certain distance, it veered into one of the inlets of the river. As we sailed ahead, it got bewitchingly tranquil.

The deserted banks on either side, which were filled with thick vegetation, evoked an otherworldly feel. It was like we were transported to another world altogether. As the waterway branched out further, our shikhara, heaved aback to one of the narrow creeks.

To make the voyage better, Satheesan switched off the boat's engine and took up a long reed to guide the boat ahead. The silent glide took us through the meandering tunnel formed by the canopy of foliage. With dark green thickets of mangroves and varied flora lining either side of the creek, we were literally cradling in the lap of Mother Nature.

After the mystery tour, we rode back into one of the Muvattupuzha branches of the backwaters that crisscrossed the island. The boatman started the engine and sped back to our resort. Tourist boats idled away on the river like large sea creatures that had lined up to soak up the sun.

A night in the island

A sumptuous meal, that included all local delicacies, awaited us in the dining room of the resort. Everything tasted so delicious that I almost forgot to acknowledge Madhu for the culinary delight he had served. 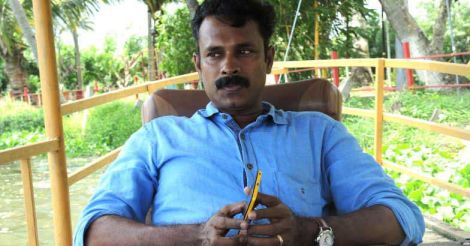 Benoy, one of the proprietors of the project. Photo: Onmanorama

After the heavy meal, we rambled around the resort premises. The hammocks and the swings invited me to challenge them. As I contemplated taking on the challenge, I heard Benoy’s voice. "Last week, some techies, who were here on a group tour, had conducted a boat-rowing contest," he said.

I spent the whole evening reclining on an easy chair in front of the cottage and watching the silent waters and some happy men angling from their tiny canoes. Listening to one's favorite music and watching the crimson sky in the tranquil of a lone island are something indescribable and unimaginable. It was getting darker and I almost got lost in the pitch darkness of the island in the tight embrace of night. Madhu was ready with supper and I devoured the food with relish. 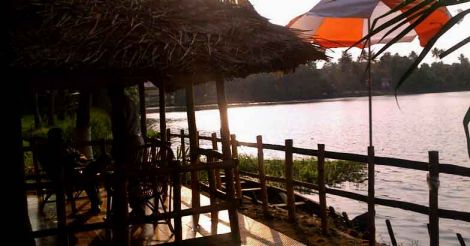 After dinner, I took a short stroll through the pavements under the dimly lit lampposts on the island, listening to the tranquilizing sound of the moving water. But when the steady breeze suddenly felt chilly, I escaped into the warmth of the cottage and soon snuggled under a blanket to have the best sleep of my life.

The next morning greeted me with a drizzle and Madhu's magnificent tea. The view of the lake, cherishing the steaming tea gave me a piece of life that I had never lived before.

No matter how many must-see places on earth are listed in travelogues, a visit to this island for a couple of days is an experience in itself. It's fresh and prime, as ever.

Mail This Article
Your form is submitted successfully.