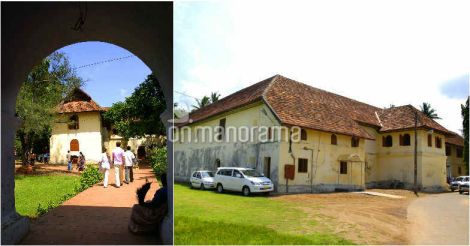 Kochi is the happening place in Kerala. But, tucked away from the hustle and bustle of this 'Smart city', is Mattancherry, where history sleeps in every nook and corner. Ancient buildings exist cheek by jowl with the modern day dwellings. It was here that trade flourished with all the foreign countries, long ago. And if you are on a journey to discover Kerala, this is where you begin.

1)The Dutch did not build the Dutch Palace

In a bid to restore peace and friendly trade links, the Portuguese built a palace in Mattancherry and presented it to the Raja of Kochi in AD 1555. The Dutch who came later renovated it and built a couple of extension. And hence the name stuck. The Palace houses some of the best of mural art in the state. This building has been renovated a couple of times and is a full fledged museum now.

Open on all days except Friday

There is an entry fee

2) A synagogue for the 'Paradesis' 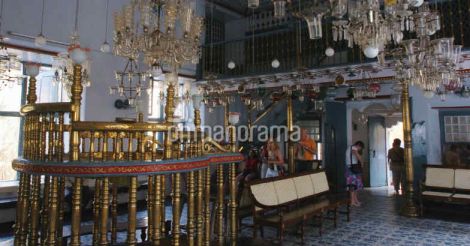 The synagogue at Mattancherry. Photo: Onmanorama

Built in 1568, the synagogue is one of the oldest in the Commonwealth and houses very ancient relics. The lofty structure, the glass chandeliers and the blue tiles on the floor - each have an interesting story to tell. The chandeliers came all the way from Belgium, and the blue tiles from Canton, China. And if you really look at it closely, you can make out that none of the tile is similar to the one next to it.

The synagogue is open every day except Fridays, Saturdays and Jewish holidays.

Visitors are expected to enter the synagogue barefoot.

3) The sights and sounds of Jew Town 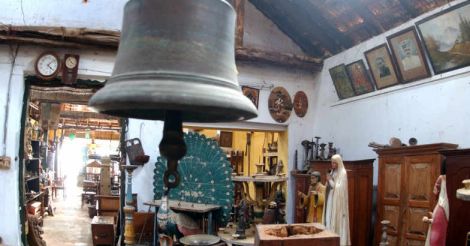 Walk down the Jew Street at Mattancherry and sights like this will be common. Photo: Onmanorama

You are transported to another era, another mood, another ambiance when you stroll down the Jew Street. You get a whiff of spices, antique furniture and artefacts. And if you take a peep inside some shops, you can see that some are actually homes. There are just a handful Jewish families who still stay in this street – most of them having left in search of better pastures abroad.

If you are looking for keepsakes, this is where you pick them up. But be sure to strike a bargain. Shops open by around 10am.

4) Even God's have a tough time 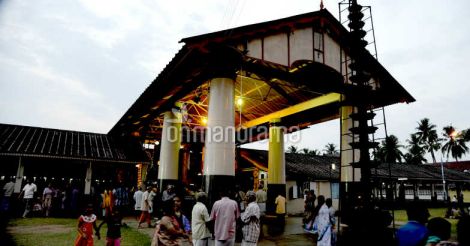 After the fall of the Vijayanagara Empire, the Gowda Saraswath Brahmins migrated to Kochi, where they were given asylum by the king. They brought with them the idol of Venkatachalapathy and built a temple in 1599. The temple was looted and plundered by the Portuguese, and later reconstructed a couple of times. The idol disappeared mysteriously in 1719 to be found later on a beach and there was a period in time when the idol was moved to Alappuzha for safe-keeping. In addition to the presiding deity, there are shrines dedicated to Hanuman, Garuda, Ganapathy and Mahalakshmi in the temple complex. The salient feature of this temple is the gigantic bronze bell which is about four feet in diameter and six feet high.

Entry is restricted to people who profess Hindu religion. 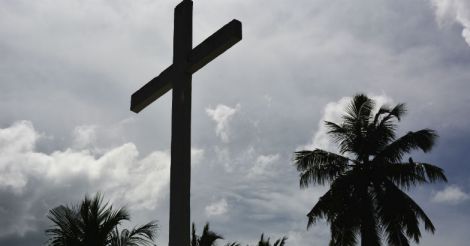 The Church of Our Lady of Life at Mattancherry is one of the first churches built by the Portuguese in Kochi. Also known as the 'Coonan Kurisu Palli, it was here in January 1653 that the Christian community took the oath that they would not submit to Portuguese dominance in ecclesiastical and secular life, which brought about a lot of changes.

You can walk into the church anytime. However, Sundays tend to get crowded during the various service times.