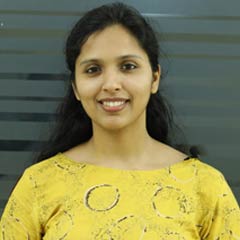 Hello, this is your daily dose of news from Onmanorama. I'm your host, Princy, and these are the major news stories of the day:

3. Toll in Manipur landslide rises to 25, search on for 38 missing

5. Kerala to witness thunderstorms till July 5

Let's get into the details:

1. Former Poonjar MLA PC George was arrested on Saturday in a sexual harassment case. The complaint was filed by an accused in the infamous solar case. The arrest was recorded by the Museum Police in the Kerala capital Thiruvananthapuram. Later, while talking to reporters, George also named the victim, creating a fracas. When a reporter asked him if it was proper to name the victim, he retorted with an indecent remark against the complainant. George's arrest came during his interrogation in connection with another case filed by former minister KT Jaleel, with regard to the revelations of the gold smuggling case accused Swapna Suresh. Jaleel had accused George and Swapna of making false charges against the CM, thereby attempting to trigger unrest in the state. The investigators questioned George after analysing the secret statement of Saritha S Nair, in which she charged that George forced Swapna to make the allegations. Meanwhile, Swapna's plea to dismiss the conspiracy case against her was deferred by the high court for next Friday.

2. The Malayalam actress who has filed a rape case against actor-producer Vijay Babu has moved the Supreme Court challenging a high court order that granted the accused anticipatory bail. The survivor, in her petition, said Babu not only committed the crime but also challenged the law of the land by fleeing the country.

She said the high court prevented his arrest only on technical grounds and without considering the gravity of the crime he committed. The survivor further said she feared Babu would influence witnesses since he is highly influential in the film industry. This move comes after the Kerala Government approached the apex court with the same demand.

Though Babu's arrest was recorded by the probe team on June 27, he was not remanded to custody as he was earlier granted the anticipatory bail.

Babu was booked in April on charges of rape after the survivor actress came out against him through a #MeToo social media post. As per the complainant, Babu gained her trust by being friendly and advising her on how to navigate the industry. She added that he sexually exploited her on multiple occasions under the guise of being a saviour to her when it came to personal and professional issues.

3. Officials on Saturday confirmed that five more bodies were found under the debris at the landslide-hit railway construction site in Manipur's Noney district, taking the toll to 25. Thirty-eight people are still missing and more teams have been deployed to augment the search and rescue operations. Chief Minister Biren Singh in a tweet said that the situation in the landslide affected area of Tupul was still serious and that due to rainfall, the state expects bad weather to persist.

Meanwhile, the debris of the landslide had blocked the Ijai river, forming dam-like storage, threatening the people living nearby. Earth-movers have been brought in to remove the debris, and create a channel to allow the flow of water.

The Army, Assam Rifles, Territorial Army, SDRF and NDRF are continuing the search operations at the site, according to a defence spokesperson in Guwahati.

Now, back to Daily News Dose.

4. A police hunt to identify and nab a two-wheeler rider who hurled an explosive substance at the CPM State Committee Office, AKG Centre, in Thiruvananthapuram on Thursday night is still on. As many as 30 CCTV footage, including the one at the AKG Centre gate and others from the route the culprit took to return, have been examined. However, none have produced a clear image. As per the available CCTV visuals, the culprit first reached the spot on a bike, observed the area and went back. He later returned and hurled the explosive at building. Based on the unclear visuals, police suspect the accused to be trained at handling such materials.

A 14-member special team has been formed to probe the attack on the CPM State Headquarters. ADGP Vijay Sakhare, who is in charge of the Law and Order in the State, will directly supervise the investigation. The probe team is of the opinion that if the policemen, who were on guard duty of AKG Centre, had tried to nab the culprit then itself, the team would have gotten some clue about the culprit.

5. Kerala is likely to witness heavy rain with thunderstorms till July 5. Heavy rain may hit isolated areas in the State. The strengthening of Western winds has been cited as the reason for such a development. On Sunday, all districts, except Thiruvananthapuram, Kollam and Pathanamthitta, have been issued a Yellow alert. Fishermen have been asked not to venture out into the sea till July 4 since there is every likelihood of inclement weather, and winds at 50 km per hour along the coast of Kerala, Lakshadweep and Karnataka.

That brings us to the end of this episode. Be sure to come back tomorrow. As always, thanks for listening to Daily News Dose.