I competed with one kidney: Anju's revelation leaves sporting world in awe 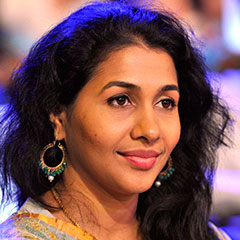 In the world of sports, the difference between winning and losing can be a matter of a millimetre or a millisecond. Everyone will push themselves harder and strive to be better, so even a negligible physical discomfort or disability could place a sportsperson at a disadvantage in such a competitive environment.

Twenty years ago, I went through an extremely traumatic experience. In the early 2000s when I was at the peak of my career, I used to undergo routine blood tests to optimise training responses and performance. Variations in blood profile were erratic as some of the values were higher or lower than the reference range. There were certain medicines that made me tired and exhausted. All of these factors got me to go for a full body check-up.

After a detailed analysis of the results, a Bengaluru-based doctor advised me to do an ultrasound scan. It was only then I realised that I was born with a single kidney. When I showed the report to my close relatives they too were completely taken aback. It was the hardest period of my life. I was feeling quite anxious and had several concerns about my health, but somehow I managed to overcome my fears and anxieties. I visited a number of hospitals in Kochi and Bengaluru and went for multiple abdominal scans to confirm if the tests were right. I'm grateful that all the doctors I consulted made me feel comfortable and told me I was absolutely fine.

It all happened after my marriage with Bobby (Robert Bobby George). Bobby, who was also my coach, was my pillar of strength. He told me to stay strong and think positively. If I could perform well and win medals without knowing about it, there was no need to worry at all, he used to tell me. When I returned to strenuous training sessions and exercise bouts, I started suffering from excessive inflammation and fatigue. Bobby stood by me and gave me the confidence and strength to do what I loved doing.

Recovery from training and competition took me more time, much longer than usual. I experienced swelling and aches all over my body. I was thinking that it was due to my physical condition. To add to my woes, it was found out that I was allergic to painkillers. Once, I had to spend several days in the hospital with a severe allergic reaction. If I get injured, I will have to bear the pain as I can no longer take pain-relieving medications.

Earlier, I was too embarrassed to talk about my physical limitations. Although my close relatives were aware of it, they never discussed the matter openly. I'm 43 now, and I thought it is important to let the world know my story. There is a general perception that Anju Bobby George has a perfect body. I want to tell them that she has only one kidney and is far from perfect. I have proved that it is possible to live a full, healthy life and achieve success and reach the top with a single kidney. It is also important to remove the stigma associated with physical conditions which is a major cause of discrimination and exclusion. I hope that sharing my experience will help motivate all aspiring sportspersons.

There is a reason for choosing the pandemic season to make this revelation. The whole world is currently being put to a tough test. I believe this can be a motivation for people now, especially with the pandemic, that I managed to achieve what I did while dealing with such issues. I will be happy if aspiring sportspersons who are missing their practice and competitions due to the spread of the deadly virus read my story and draw some inspiration. These thoughts prompted me to share it with the world through Twitter.

(As told to Jomichan Jose)

The congenital solitary kidney condition, called renal agenesis, may often go undetected for people with regular lives. It is not usually of any major health consequence, as long as the single kidney is healthy. In general, people born with kidney agenesis or kidney dysplasia show no symptoms, lead full healthy lives, and may never discover they have a solitary kidney. If one has two healthy kidneys, he/she may be able to donate one of their kidneys to enhance or save someone else’s life.

"A sportsperson with renal agenesis excelling in his/her chosen field is a rarity. Anju Bobby George's achievements are remarkable even for anyone with two kidneys. It is an area where hard work is as important as mental toughness. A healthy lifestyle and a positive attitude too were key to her success, I believe."

"Anju, it's your hard work, grit and determination to bring laurels for India, supported by the dedicated coaches and the whole technical backup team. We are so proud of you being the only Indian so far to win a medal in the World Athletic Championship!"

Anju, it's your hard work, grit and determination to bring laurels for India supported by the dedicated coaches and the whole technical backup team. We are so proud of you being the only Indian so far to win a medal in the World Athletic Championship! https://t.co/8O7EyhF2ZC pic.twitter.com/qhH2PQOmNe

Anju made history with a bronze at the 2003 World Athletics Championship in Paris and is, till date, the only Indian track and field athlete to medal at the Worlds. The fact that she achieved the feat after finding that she was born with just one kidney makes it all the more remarkable.

There is no official record of athletes born with a single kidney who attained success on the world stage. However, there are a number of sportspersons with this condition who made a mark in other disciplines. Two of them are American footballers Dominique Reshard Rodgers-Cromartie and Dwight White. Cromartie was born with a non-functioning kidney that was removed when he was eight years old while White decided to stop playing football four months after discovering that he had only one kidney.