Nedumudi Venu: A gorgeous presence in both arthouse and mainstream Malayalam cinema 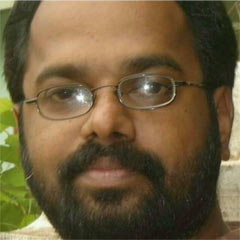 In the final sequence of G Aravindan’s Thambu (1978), the debut film of legendary actor Nedumudi Venu, his character Unni asks for a lift in the truck of a circus troupe and goes with them on an aimless journey. Incidentally, the truck carries another important character played by Bharath Gopi. Symbolically, that journey was the beginning of a great era in Malayalam cinema. Together, Gopi and Venu drove the vehicle of New Wave Malayalam cinema to great destinations. Venu was one of the most gorgeous presences in both art house and mainstream Malayalam cinema. In the 1980s he was one of the busiest actors in the industry. In K G George’s landmark movie Yavanika which had an ensemble cast, Venu was the actor who received the highest remuneration. The great actor once told in an interview that he was literally flying from location to location at that time. In 1984 alone, he acted in twenty films.

Flexibility was Venu’s forte. Being a versatile artist, all types of characters suited him. He was a drama artist, a Mridangam player and a singer. Being a disciple of the great dramatist Kavalam Narayana Panicker, Venu could perform in some of the very important plays in his younger years. Celebrating Kavalam’s 80th birthday in 2008 at Thiruvananthapuram Venu performed as the famous Pattu Parisha in Avanavan Kadamba, a milestone in amateur theatre history. People were wonderstruck by the energetic performance of Venu who was 60 years old at that time.

In the beginning of his career, Venu portrayed some very interesting rustic characters. He made all those characters unforgettable, and all of them stand as proof for his meticulous observation of life around him. Some of those characters achieved legendary stature – Chellappan Asari (Thakara), Maruthu (Aaravam), Mesthiri (Oridathoru Phayalvaan), Bombay Paramu (Kolangal) and the title character in Kallan Pavithran are some of Venu’s immortal portrayals of village characters.

Venu’s heart rendering performance as a bank employee with a terminal disease in Mohan’s Vidaparayum Munpe lifted him to stardom. He was really exceptional in essaying very elderly characters. Venu was only 36 years when he performed as an octogenarian Christian priest in Fazil’s Nokketha Doorathu Kannum Nattu. Later, still in his thirties or early forties, Venu literally enthralled moviegoers by depicting really old characters in Aranyakam, Ambada Njane and Oru Minnaminunginte Nurungu Vettam. Some of the negative and villainous characters Venu played also are really marvellous.

I met him while I was writing a book on director K G George. I wanted to include an article by him in the book. He was kind enough to receive me at his house and talked at length on George. I didn’t have to change a single word from what he told me. His interview was like a well written article and it was full of his observations on both George and cinema in general.

On another occasion, while writing a column on music, I telephoned him. I was writing on the songs in Thambu, especially a rare number, Sreepalkkadalil Palli Kondu, in which Venu appears along with Sopanam maestro Njeralath Rama Poduval. He found time to talk about all the songs in that film, with special emphasis on the live recording of that particular song. He was enthusiastic about many aspects of Kerala’s fine arts and classical literature. It was Venu who featured himself as narrator and interviewer in M R Rajan’s documentary, Minukku, on the artistic life of the late Kathakali artiste Kottakkal Sivaraman.

Pooram, the only film Venu directed, was not a commercial success. But there are a lot of elements that showcase his peculiar approach to cinema. He, along with Thilakan and a host of talented supporting actors, acted in the film as an arrogant and alcoholic theatre artist.

Nedumudi Venu had always been active in acting. Right from the Prem Nazir era he could make his presence felt in Malayalam cinema. He worked with almost all important directors and actors in the industry. In a career spanning 43 years, Venu entertained us with a lot of meticulous performances. He is one of the most fortunate actors who could essay almost all types of roles.

(The author is a filmmaker, actor, film critic and writer)