No rest, Chowkidar's second shift starts on May 30

New Delhi: As the BJP swept to power with a spectacular performance for a second term, all eyes are now on government formation, amid speculation that several new faces including party president Amit Shah may be brought into the new cabinet.

The council of ministers led by Prime Minister Narendra Modi tendered their resignation which was accepted by President Ram Nath Kovind, paving way for formation of new government. 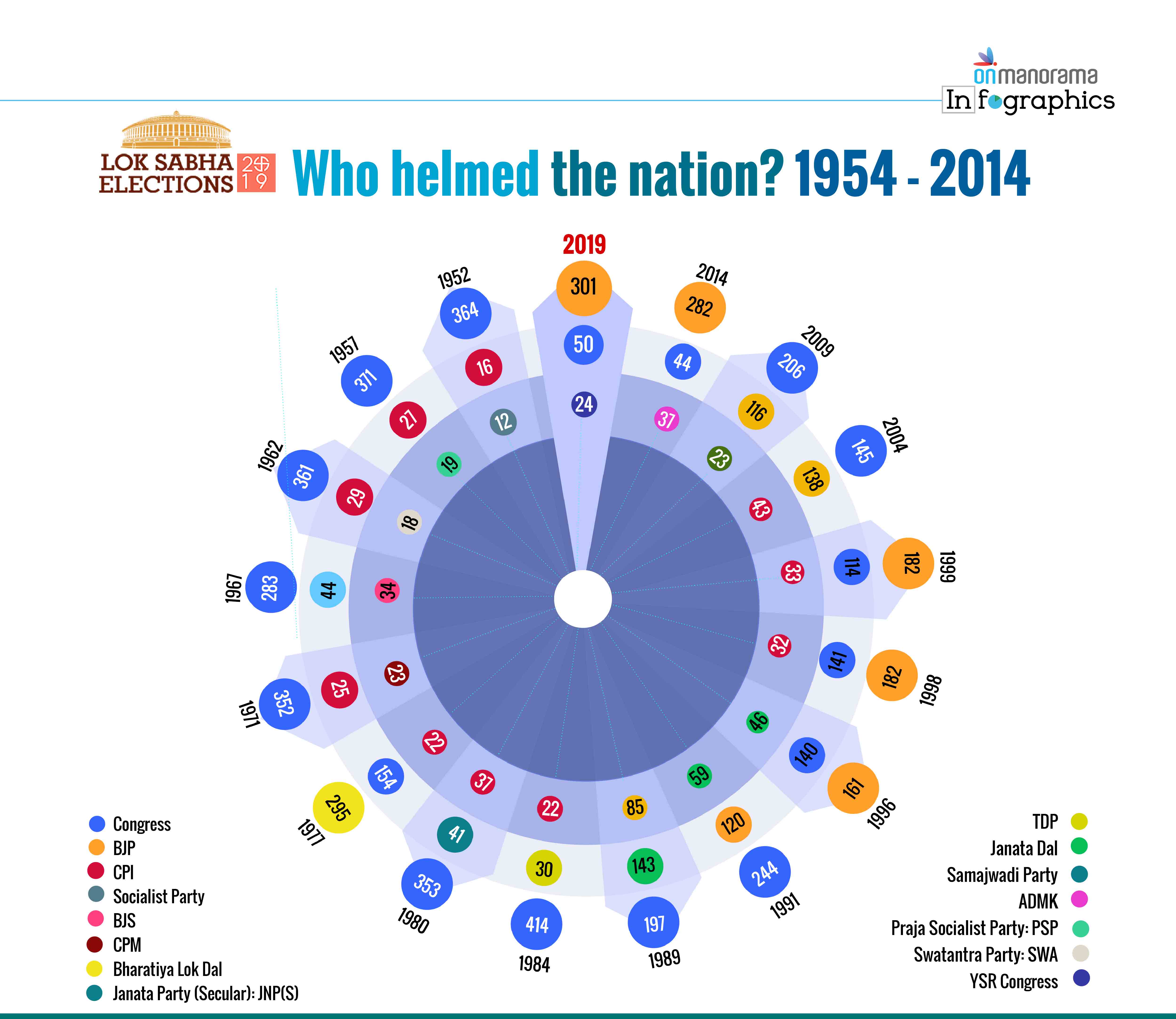 BJP sources indicated that swearing-in ceremony of the prime minister and his council of ministers could take place on May 30.

The newly-elected MPs of the BJP-led NDA will meet on Saturday to formally elect Modi as their leader, setting in motion the process to form a new dispensation.

Many BJP leaders are of the view that Shah will join the Modi Cabinet and is expected to be given one of the four key ministries -- Home, Finance, External Affairs and Defence.

With Finance Minister Arun Jaitley and External Affairs Minister Sushma Swaraj having health issues, there have been talks whether they will be part of the new dispensation or not.

Jaitley, a Rajya Sabha member, had unsuccessfully contested the Lok Sabha election from Amritsar in 2014, while Swaraj, who had won from Vidisha in Madhya Pradesh, opted out from the electoral battle this time on health ground.

The two leaders have not commented on whether they would like to join the government or not.

In the run-up to the results, Shah had also sidestepped queries on him joining the government, saying it is the prerogative of the party and the prime minister.

Defence Minister Nirmala Sitharaman is expected to continue with a key role in the new government.

With Smriti Irani handing a shock defeat to Congress President Rahul Gandhi in Amethi, it is expected that the party may reward her with an important responsibility.

A number of senior faces from the outgoing cabinet including Rajnath Singh, Nitin Gadkari, Ravi Shankar Prasad, Piyush Goyal, Narendra Singh Tomar and Prakash Javadekar are set to figure in the new cabinet.

Among allies, Shiv Sena and JD(U) are likely to be given cabinet berths as both the parties have done exceedingly well, winning 18 and 16 respectively.

The party will reward new faces from states like West Bengal, Odisha and Telangana where it has made significant inroads.

"A number of young faces are likely to be inducted into the council of ministers as the BJP leadership has been working to groom a second line of leadership," said a senior party leader.

Earlier in the day, the outgoing Union Cabinet adopted a resolution recommending the dissolution of the 16th Lok Sabha.

The 17th Lok Sabha has to be constituted before June 3 and the process to form a new House will be initiated when the three Election Commissioners meet the President in the next few days to hand over the list of newly-elected members.

All the newly-elected BJP MPs are expected to meet Saturday to elect Modi as their leader, following which he will meet the president to stake claim to form the new government, party sources said.

Modi's swearing-in ceremony was a grand affair the previous term. It witnessed the presence of heads from SAARC nations, members of the outgoing cabinet and Bollywood celebrities. Sources say that even the US President Donald Trump maybe among the invitees this time.