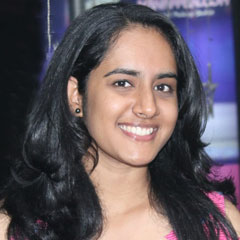 The walls lining a few roads in Chennai now have a magical element to them. A glance at the art-lined avenues can even transport you to the magical world like in the recently released Tamil movie 'Maara', a remake of the popular Malayalam film 'Charlie'.

Dhilip Kumar's 'Maara' featuring R Madhavan and Shraddha Srinath will leave you with a smile on your face as beautiful paintings, stunning magic, the aura of mystique and picturesque locations stream before you on the screen.

A 27-year-old artist hailing from Kerala has brought this magic sensed on screen alive in the public sphere, on the streets of Chennai exactly, through his creations. And he did it in 6 days!

Chris Blair Vincent, an artist, designer and founder of Silverbrush Studios, talks to Onmanorama about his journey of seeking the artist in him.

"Amazon has agencies that source artists around Chennai and they reached me out. I got only 6 days to complete 3 huge walls of different dimensions in Chennai," Chris says on how he got hold of the project with the help of the e-commerce giant.

He modelled the artwork on what he saw in the film trailer and on posters.

"The makers did not want a photocopy of their posters. They instead wanted the essence of art to come out through those paintings. Painting plays an important role in the movie 'Maara' unlike 'Charlie' as it connects the story," says Chris.

"I wanted to bring out the curiosity in people. The title of 'Maara' is worked out with a doodle. If you closely watch it, there is a fish, a woman and waves in it. All the 3 images play an important motif in the movie and I worked them out," he reveals the tactic.

With rains playing a villain, Chris and his 10-member team worked day and night to finish the artwork on time. He knows well that it was a huge responsibility to take up work for such a huge brand. Moreover, he had to be careful with the visual language of the work as the paintings came upon a broad canvas where the scope of visibility is large.

Another challenge for the team was that they could not give out the theme of 'Maara' because it is already a remake and whatever differs in the Tamil version is said through the painting in it.

"More than a mode of advertisement this project is a sort of revolution as it brings back the culture of hand-painted creative posters. In the 80s and 90s, it was artists who painted the movie posters before the digital print media took over. This art is dying in India. This was a humble attempt to restore it," states Chris.

Painting has infused a new life into Chris Blair's career.

"For me, painting is more than a work that I have to do. It is a creative space and I chose to do it. I was working as a designer in Delhi. That work was getting monotonous and I wanted to something on my own in which a pure form of art is involved. That's how I started the Silverbrush Studio in 2016," he recalls the early part of his own artistic journey.

He was 22 years when he took the critical decision to go solo. But, today he has no regrets.

"It was a scary decision for a 22-year-old then. It was me and only me in my company. And there were definitely many struggles to be accepted in our society as an artist. For some art is not even a job or a source of income. Now I have a team of 12 creative enthusiasts working with me with the same vision in my studio," Chris notes in an upbeat tone.

The artist in him has no doubts about the impact of art.

"Art can reach people, move people, and make people think. We don't have limitations for the scope of imagination in art," he states a universal truth.

Today Chris is an entrepreneur too who has to be realistic about the demands of his clients.

"As an artist, I'm a storyteller. I like to create surreal elements and dreamy characters which could take the viewer to an imaginative space in time. My personal works speak a lot of emotions, and I love when people could connect it with theirs. But I would need to be biased when it's commercial work. When working with my clients I need to make something that works for their business, for their purposes. It's a challenge to find a balance between both," he says sounding like a shrewd businessman.

The decision to open his studio leaving a regular job has been his biggest challenge so far as an artist.

"It is definitely choosing to become what I do today. I admire my work more than anyone else. I would have stared at it for hours, every single day, putting my heart and soul painting them, and losing myself, every time finding myself. It's something I would give the rest of my life to. Art heals, view some, make some; there's no wrong way for art I believe," he remarks.

Recognition on the way

Vincent remembers fondly a work that gained him oodles of recognition.

"Once, I thought why not paint on a sanitary napkin? Periods and the taboos related to them are still relevant in our society. That's how I drew a painting on a pad and it pretty much generated a lot of attention towards my works," he reveals.

"As an artist, another accreditation that I got was the fusion painting that I did on the concept of combining traditional art 'Kathakali' with the famous character 'Joker'. That came out well so I decided to do two more combinations: one was 'Deadpool' Vs 'Theyyam'. The idea was to bring in 2 images that are familiar to us. The visual representation of both the characters somehow connected too. That wasn't a forced work which had to be completed within a deadline. I was lucky to have invoked that muse in me," he says.

Chris has a couple of projects coming up along the same lines.

"Another street art project for a popular web series in India is yet to begin. Those installations are planned to be done in several cities of India. We are at the discussion stage," he opens up on the new orders in his kitty.

Such works are exciting as they involve marketing challenges. "In the case of advertisement through painting, marketing starts right from the time we start painting. Crowd interaction and curiosity begin right from the beginning of the work. That is exciting," he notes.

Chris has tried to touch upon a much-ignored impact of street art. "Aren't we all so used to seeing flex boards in and around us? I see this as an opportunity to bring back a revolution. Our cities would turn more colourful. We are just painting walls for a better world. Isn't it colourful and refreshing to see?"

Hope on the horizon

"I have seen many senior artists who are at a loss as art sometimes doesn't feed your stomach like it feeds your soul. Digital art space is growing. In countries like the US, there are ad firms who do ads just with paintings. But the scope in India is low, to be frank.

"But stay hungry for opportunities, stay dedicated and stay consistent. There is hope," he concludes.