To my haters, I love and need you! I am fighting for you, too: Alok Vaid-Menon | Interview 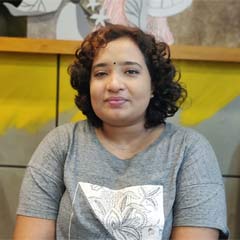 When Alok Vaid-Menon performed for the first time in Kochi back in 2017, they called it one of the most important performances in their life. Alok initially felt terrified of the prospect since it would also be the first time their family (grandmother, grand uncle, and grand aunt) would see them wearing a frock. “...but somewhere in there I just submitted my art and spoke from my heart about the pain of being erased from your own culture and history”, Alok wrote on their Instagram page.

Even when the scientific community has abandoned the notion of defining gender solely based on genitals, gender non-confirming activists like Alok are subjected to harassment and assault in online and public spaces for merely existing and speaking out their truth.

Through their efforts to replace hate and rejection with love and acceptance, Alok has gained a massive following among a generation that is courageously challenging gender norms, the gender binary and gendered fashion.

Alok has written extensively about the dehumanisation of non-binary life, politics of trans exclusionary feminism, policing of body hair and has compiled numerous book reports on the criminalisation of neurodivergence, racism in homophobia, medical racism, fashion as resistance and many more.

They are the author of Femme in Public (2017), Beyond the Gender Binary (2020), and Your Wound/My Garden (2021) and also the creator of #DeGenderFashion: a movement to degender fashion and beauty industries. They have also been honoured as one of HuffPost’s Culture Shifters, NBC’s Pride 50, and Business Insider’s Doers. Over the past decade, they have toured in more than 40 countries.

On-screen, Alok will make their feature film debut in Absolute Dominion. On television, they were featured on Netflix’s Getting Curious with Jonathan Van Ness, HBO’s Random Acts of Flyness and The Trans List.

Onmanorama had a brief email interview with Alok when they came back for a poetry reading and standup comedy performance at Forplay Society in Kochi on December 21.

1. A member of the Kerala Assembly while opposing the proposed gender-neutral school curriculum, called the move "an attempt to sneak liberal ideas into the education system" and said its purpose was to “create a gender-fluid, sexless society that will cause gender confusion and overall anarchy”. What do you think of these fear-mongering tactics of a society that thrives on gender binary and norms?

This is deeply alarming, ahistorical, and predictable all at once. Gender diversity has always existed in Kerala, and it will always be here. Gender diversity isn’t new, what is new is dividing billions of complex souls into one of two genders. Recognising that isn’t a political move, it’s a factual embrace of reality. Recognising the fluidity of gender doesn’t lead to the collapse of civilisation. Recognising gender fluidity challenges patriarchal control. We’ve been taught that sexism makes a stable society. It does not.

I have so much empathy in my heart. I understand that with so much change and instability in the world people are looking for something that they can hold onto, something that feels permanent. So they turn to the gender binary: the idea that there are only two genders and that there are fixed ways to be a man and a woman. But in reality, the gender binary doesn’t give us the stability it promises. In fact, it requires relentless violence against women and LGBTQI persons.

2. Back in 2017, when you performed in Kochi for the first time, you wrote on Instagram how your childhood trips to Kerala “required de-queering yourself and strategising on how to narrate your life without discussing politics” to your family here. Can you tell me what the trip to Kerala means to you now?

Growing up I was made to feel like embracing my gender non-conformity was a betrayal of my culture and my community. I felt like I had to compartmentalise myself, mute who I really was to be accepted by my community. Over the years I’ve put in so much delicate work with my family and myself and I am more comfortable showing up as my authentic self. Being here in Kerala is so meaningful for me – I never thought all parts of me could coexist here.

3. Performing your poetry on stage -- narrating the trials and tribulations you faced as you navigated your gender identity and sharing raw emotions describing the violence you have experienced is no easy feat. What inspired you to go into stand-up comedy space dominated by trans jokes and toxic masculinity?

So often trans people like me are the butt of the joke in standup comedy. Our personhood is reduced to a punchline. This kept me away from comedy spaces for the bulk of my career. But then I realised – I need joy in my life. I need to be able to laugh to get through the day. So I started to watch LGBTQI stand-up comedians and I was so inspired. I felt called to incorporate more comedy in my work. And truly, it’s been so much more fun.

4. After Roe vs Wade was overturned in the US, some netizens gloated that Indian women and trans people had better rights and facilities regarding abortion and gender reassignment surgery. Only months had passed since the tragic demise of Ananya Kumari Alex, Kerala's first transgender radio jockey. How do you see these momentary “we are better than white people” elations of a society rife with harmful colonial stereotypes and gender-based violence?

I understand the sentiment. The US likes to parade itself internationally as a paradise for the LGBTQI community and people are waking up to this pageantry and seeing it for what it is. But as you point out, comparison often conceals more than it reveals. I’m not sure if it’s possible to quantify homophobia and transphobia, to definitively say that one place is better or worse than another. It’s more fruitful to acknowledge that homophobia and transphobia exist everywhere and take different, local forms that must be addressed.

5. Your aunt and prominent lesbian activist Urvashi Vaid coined the term “Virtual Equality” which you elaborated in your blog post as “a political moment in the United States where the gay movement had achieved visibility without actually obtaining substantive access to power”. In India, transgender and gay stories are slowly gaining more visibility, but what can we do differently to avoid “Virtual Equality”?

In the US the movement has pursued a strategy of visibility at the cost of meaningful protections and infrastructure. So even though we’re more visible than ever, we don’t really have anywhere to go when we are targeted by violence. It’s about adopting a both-and strategy: insisting on media representation while also insisting on material resources for the LGBTQI community: housing, healthcare, education, safe havens from violence.

6. Our superstar Deepika Padukone recently faced backlash for wearing a saffron-coloured bikini on screen. Would degendering Indian fashion require a different approach at a time when “feminine” clothes are “too feminine” for some?

The way “degendered fashion” has often circulated in the popular imagination is default Western masculine clothing like a grey suit. But that’s not actually what it’s about. Degendering fashion is about decoupling gendered assumptions from garments altogether. In other words, degendering fashion doesn’t require women to stop wearing feminine-coded clothes, it’s actually about challenging society to stop gendering clothing as feminine to begin with. Degendering fashion is about championing anyone’s right to safely wear whatever they want – ending gender norms that dictate how we should show up and present ourselves.

7. You have extensively written about white supremacy and transmisogyny of cis feminism. How do you think the caste element further complicates resistance against gender norms in India?

My family’s caste and class privilege and mobility is what has allowed me to even be able to live in the United States and condemn racism. As Dalit and Adivasi communities have long pointed out, the gender binary has always been a tool of casteism in South Asian communities. What we understand as appropriate appearance and behaviour for a man and a woman are defined by Brahminism. We must name and address these root causes: the intense enforcement of gender and sexual norms is about maintaining caste and class hierarchy.

8. Many celebrities are quitting or taking a break from social media for their mental health. But even going off the grid is a luxury only few can afford. How do you deal with bullying on social media?

It's sad that the onus has become on individuals to cope with bullying on social media, and not on social media companies themselves to create safer platforms for their users. These platforms facilitate and encourage relentless anti-LGBTQ hate speech and disinformation because it gets clicks. At the end of the day, profit is valued over LGBTQI people.

It's really, really difficult to experience so much vitriol on and offline. The only thing that’s helped me persist is cultivating compassion. I try to cultivate love all around me: love the people who hate us more than they could ever hate us. I remember the James Baldwin quote that 'people cling onto their hatred so stubbornly because without it they’d have to confront their pain'. I remember that those who lash out against complete strangers are most often confessing that they are struggling with their own mental health. And so I send back eternal love and hope that they will find support to heal so that they can actually spend their days with leisure and comfort, not constant anger and fear.

9. Could you share some of your past Kerala tour experiences with us? Is there a moment that stands out in your mind?

I just want to take a moment to shout out my host Forplay Society. For years they have been curating some of the most interesting arts and performance culture in Kerala with little to no institutional resources. Just being able to connect with fellow Malayali artists through that space on my trips here has been so powerful.

10. We'd like to hear about your future projects. What should we look out for?

I acted in my first movie this year and had a blast so I’m looking forward to getting into more acting next year!

SOME RECOMMENDATIONS:
1. The book you always recommend to your fans: All About Love: New Visions by bell hooks

2. A queer artist/activist we should definitely check out: Kama La Mackerel: A Mauritian trans multidisciplinary artist

3. A music track that gives you energy: Alien Superstar by Beyonce

4. An advice to gender non-confirming youth in Kerala: You deserve to take up space. And we need you here. So please stick around.

5. A movie that you can watch a thousand times: Everything, Everywhere, All At Once