Evergreen moments from the Oscars: The good, the bad and the ugly 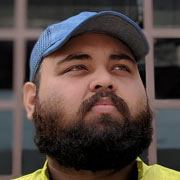 The biggest night for movie aficionados around the world is here. As the 94th Academy Awards, popularly known as the Oscars, gets underway on Monday (Indian time) Onmanorama decided to look away from the limelight and take a walk down the memory lane to unravel some historic moments connected with the most coveted awards in the global entertainment industry.

Do you know how the Oscars got its name?

The most popular explanation, and one generally given by the American Motion Picture Arts and Sciences officials, goes back to 1931. When an Academy librarian, Margaret Herrick, first saw the golden statuette, she exclaimed that the “blank face and stern eyebrow” reminded her of her uncle Oscar. Emanuel Levy, in his 'All About Oscar: The History and Politics of the Academy Awards', claims that after Herrick's spontaneous remark, employees began calling the iconic figure Oscar.

However, the first documented use of the term about the Academy Awards comes from columnist Sidney Skolsky, who referred to the award as an ‘Oscar’ in a 1934 New York Daily News article. When asked about the intention behind the name, he said: “I wasn’t trying to make it legitimate. The snobbery of that particular Academy Award annoyed me. I wanted to make the gold statuette human.”

Whatever may be the origin story, Oscar sounds like the perfect name for an award now.

The Oscars, over the years, has received backlash for various issues, including its lack of diversity and its annoyingly long runtime. However, often unintentionally, there have been moments of vivacity that have livened up the award night, through the years. From making history with cultural representation to being outright political, here are some of the moments that broke the monotony of the Oscars (in no particular order).

1. Chaplin gets a 12-minute standing ovation

During the 44th Academy Awards ceremony in 1972, Charlie Chaplin was handed the Lifetime Achievement Award for his pioneering work in cinema. However, the moment was more than just the celebration of Chaplin's illustrious career. It was a historic occasion. In 1952, Chaplin was exiled from America for alleged Communist sympathies. His presence, then, marked the legend's first return to the US in over two decades. On being introduced, the 82-year-old entered the podium to a 12-minute standing ovation, which is still the longest in Oscars history. This moment is held by many as one of the greatest in the event's 94-year span.

2. A naked claim to fame

Robert Opel was an American photographer, who streaked during the 46th Academy Awards in 1974. Opel posed as a journalist to gain access to the ceremony, where he managed to get backstage without being noticed. While host David Niven was speaking on stage, Opel ran out naked from behind the curtain, flashing a peace sign, as the crowd erupted in laughter. However, an unperturbed Niven then says, “Well, ladies and gentlemen, that was almost bound to happen. But isn’t it fascinating to think that probably the only laugh that man will get in his life is by stripping off and showing his shortcomings?” In recent years, this moment has been debated, with some claiming it was staged to attract ratings. Well, staged or not, it did make for a rare moment in which the awards night bared it all.

3. Marlon Brando has a point to make

Politics resonates many a time during the Oscars. Actors and entertainers have been using it as a platform to raise their voices for causes they hold dear. This year too, one can definitely expect some hard-hitting comments on the ongoing Ukraine-Russia conflict. But when you look back at where it all started, Marlon Brando and Sacheen Littlefeather rush to the mind. On March 27, 1973, Brando's performance in The Godfather won him the Best Actor award. However, he did not make it to the event and on his behalf sent Littlefeather, a 27-year-old Apache actress and activist for Native American rights. She was asked to decline the award and read from a statement that had been prepared by Brando against the discrimination meted out to Native Americans in the film industry. Though the speech received a mixed response from the audience then, Brando's move has gained wide acceptance in Hollywood after that.

1939 was not the greatest time for the African-American community anywhere in the world. To win an award in a 'white' room during troubled times makes Hattie McDaniel nothing less than a cultural icon. Her Best Supporting Actress win made her the first-ever black American to bag the golden statuette. This was a landmark moment in the history of the awards as well. She opened the doors to a whole community who believed stardom was for them to look at and never touch.

On April 13, 1964, Sidney Poitier became the first African-American to win an Oscar for Best Actor for his role in Lilies of the Field. Taking to the stage, he hugs presenter Anne Bancroft, who kisses him on the cheek, before accepting the award. In his short yet powerful acceptance speech, an overwhelmed Poitier can be seen holding the statuette in his hand and saying, “It is a long journey to this moment.” A controversy had erupted over presenter Anne Bancroft congratulating him with a kiss. But it didn't hold much water beyond a point. Being the first prominent black hero in Hollywood, Poitier is an idol to many famous black actors today. When Denzel Washington won the Best Actor for his role in Training Day (2002), it was only the second time a black actor had won the award. Interestingly, Sidney Poitier won a lifetime achievement award the same year.

The 1999 Oscar awards ceremony had one of the most exciting moments in the history of the award show. Anybody who takes home the golden statuette, tries to keep their calm and play it cool when their name is announced. They probably don't want to seem desperate for an award, even though they are dying inside for it. But Italy's Roberto Benigni had no such intentions. He won two awards that night. One for Best Foreign Film (Life is Beautiful), and the second for Best Actor. In a room filled with talents like Meryl Streep, Steven Spielberg and Jack Nicholson, Benigni's reaction to his first win had the entire room soaking in his excitement. Benigni’s genuine joy breathed life into that room. He climbed atop the chairs and almost fell, but not even the embarrassment could have stopped him from storming to the stage like a little kid. In his broken English, he expressed his desire to “kiss everybody”. He also thanked his parents for giving him the “gift of poverty” as he believes that is what got him where was at the moment. Benigni's life was truly beautiful that night.

An excited Cuba Gooding Jr was the best part of the 69th Academy Awards in 1997. On being announced the winner of the Best Supporting Actor award for his outstanding performance in Jerry Maguire, Gooding's joy knew no bounds that night. He knew the orchestra would play over his speech, but he simply did not care as he had a lot of love to give out that night. “I’m here and I’m happy!” he said. As the orchestra swelled, Gooding proceeded to rush through a list of people involved with the movie. However, something wonderful happened then. With each name, the audience got to their feet and cheered Gooding on. He ended his speech with fist pumps, and jumping around as if he was struggling to contain his excitement. Before walking away, he said he loves everybody (involved with Jerry Maguire). It was one of those moments where you truly feel elated for a fellow human being's achievement. The kind of moment that lifts your day.

8. The Oscars gets its first-ever female director

Eighty-two years since its inception, the Oscars decided it was time a woman bagged the Best Director award. In 2010, Kathryn Bigelow made history with her critically-acclaimed war film The Hurt Locker. In her acceptance speech, she called it “the moment of a lifetime.” Just like that, Bigelow became a shining example of what women can do behind the camera. She proved that telling a compelling story did not just belong to the 'dominant gender'. The Hurt Locker bagged six awards that night, including Best Picture.

Now, this moment can be used as an example of what sheer awkwardness looks like. Considered one of the biggest mixups in the history of the Oscars, Hollywood veterans Warren Beatty and Faye Dunaway, were on the podium to present the award for Best Picture in 2017. However, the duo was handed the wrong envelope. Instead of handing the card with the name of the Best Picture, they were given the one that contained the Best Actress, which included the name of Emma Stone and her film La La Land. Though Beatty was visibly confused, Dunaway had by then called the Hollywood musical as the winner, when it actually should have gone to Moonlight, the indie film directed by Barry Jenkins. Despite correcting the error almost immediately, the moment left an air of awkwardness at the Dolby Theatre in Los Angeles.

10. The Mozart of Madras wins over Hollywood

This can and should be considered one of the proudest moments for India in Hollywood. A R Rahman created history in 2009 by becoming the first Indian to win two Academy Awards. The popular music director, hailed in India as the Mozart of Madras, bagged two Academy Awards, one for the original score for 'Slumdog Millionaire' and the other for the hugely popular global hit 'Jai Ho' from the same film. Though there have been strong debates about whether Jai Ho is Rahman's best composition, we all can agree that the song's got an undeniable soul and that it was high time that the world came to know of this legend.

This historic moment must be relatively fresh in our minds as it happened in 2020. Bong Joon-ho's Parasite became the first-ever South Korean movie to be nominated for and win the Best Picture award. Aside from becoming the first foreign-language movie to win Best Picture, Parasite also won the Best International Feature Film, Best Original Screenplay and Best Director. On winning, Bong-Joon-ho said “I’m ready to drink tonight” while accepting the award. There was a moment when the lights went down during their acceptance speech. However, the crowd, including stars like Tom Hanks, began to make noise for the lights to come back up. A few seconds later, the lights came back up to a huge round of applause. While accepting the award for the Best Foreign Film, Bong Joon-ho said, “Once you overcome the 1-inch-tall barrier of subtitles, you will be introduced to so many more amazing films,” rightly calling out the American movie-going public's perceived aversion to subtitles.

While many more such fantastic moments have made this event a global spectacle, these aforementioned ones stand out for creating opportunities or breaking the barrier for those whom the industry terms 'outsiders'. Well, some are there for pure joy. So here's hoping this edition of the Oscars will give us more memorable moments that stick to the heart.