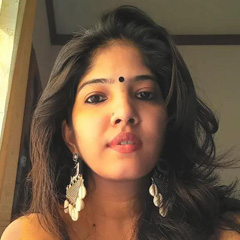 “I loved the word hypothesis. It sounded adult and beautifully alien. I had never heard anything like it before. I wanted more words like it. I felt instinctively, that when you had enough words like hypothesis, you would be able to deal with the world. I wasn't sure I would ever be able to deal with the world. It seemed too big and demanding and there wasn't a fixed syllabus.”

-Em and the Big Hoom

Be it the poem on ‘loving and leaving’ with conversational nonchalance or the disquieting novel that straddles a border between fiction and memoir, there is not a work of Jerry Pinto you wouldn't want to read again. A poet, author and translator, Pinto's works leave behind indelible impressions with their nuances and matchless craft. His ‎magnum opus Em and the Big Hoom took the Indian literary world by storm with its poignant portrayal of the Mendes family and its painful struggle with the protagonist's bipolar disorder. Published in 2012, the novel won the Hindu Literary Prize, the Crossword Book Award, the Sahitya Akademi Award, and the Windham–Campbell Literature Prize.

In an exclusive interview for Onmanorama, the ‘Jerry of Mahim’ as he refers to himself, talks about books and his reading interests.

What book are you reading these days?

I can’t remember reading a single book at a time at any time in my life. So I am reading Carson McCullers’ The Member of the Wedding, Olga Tokarczuk’s Flights translated by Jennifer Croft and Jon Fosse’s I is Another, translated by Damion Searls.

What is your biggest distraction while reading/writing?

Almost anything can distract me while I am writing but I try not to let that happen because I want to write. So I try not to pay attention to the many distractions life offers but when I am translating, I often have to look up something and dictionaries are so delicious that I can lose hours when I open one.

Your favourite writers/ works of all time:

Which is the funniest book you've read?

Which is that one book that made you cry?

That one book? I weep all the time. But I remember Margaret Craven’s I Heard the Owl Call My Name. I remember Fynn’s Mister God, This Is Anna. I remember Frank McCourt’s Angela’s Ashes. I remember Nisha da Cunha’s The Quiet of the Birds. I remember Adil Jussawalla’s Gulestan, I remember Daya Pawar’s Baluta.

Which is your all-time favourite children's book?

Black Beauty by Anna Sewell and The Overloaded Ark by Gerald Durrell. I read most of my ‘books for children’ as an adult. So I stumbled on my first Puffin at a friend’s house when I was in my first year of the Bachelor of Arts. Thanks Mitali, for the gift of Elizabeth Enright’s The Saturdays and thanks Arundhathi, for recommending the Moomins.

Which is the first work that comes to your mind when you hear the term 'classic'?

Which is that one book you put down without finishing?

So many. There was a point in my life when I started a book with trepidation because I knew I was in for the long haul, that I was not going to stop until I had turned the last page. But then I realised that I didn’t have to do this, I just had to stop reading a book that didn’t hold me. Some books I don’t give up on. The first time I started Bohumil Hrabal’s The Death of Mr Baltisberger, translated by Michael Heim, I slid right off it. I put it away and started it again seven years later and ate it in one big gulp. Then there was The Tale of Genji by the Lady Murasaki as translated by Arthur Waley; I started and stopped many times. Then in the lockdown, my sister and I took turns reading it aloud, five pages a day, and suddenly we were deep in court intrigue, startled and amused by turns at the twists and turns of fortune. 'Spoiler alert' I did think it got a little dreary once Genji died but there was still enough poetry to keep us going.

Which is that one quote you'll never forget?

Could you name a writer who you believe is promising?

I try not to look at writers but at works. So I don’t bother with who wrote the book but what the book is.

An overrated work in your opinion:

I think this would be to turn me into an Opinion That Counts. So I’ll pass but I will say I have often been disappointed by books other people have said are very fine. Then I remind myself that the book met the person at the right time and it might have not met me at the right time so it might be me and not the book. I’ll pass.

What is the harshest criticism you've faced as a writer?

‘Your book was really depressing,’ said my English literature teacher at Elphinstone College, the fabled Dr Soonu Kapadia, about Em and the Big Hoom.

How do you find yourself once you’ve finished writing a book?

If you were to rewrite any of your works, which one would it be?

I rewrite endlessly and painfully before a book leaves my desk. When I am done, I am done.

Which is the next book in your reading list?

There are about 250 books at home that need to be read. I will figure out what I will add to my clutch when one of these gets over but that’s not necessary either. I have never had a TBR because I want to discover what I want to read when I reach for a new book. I don’t want to be bound by a ‘must-read’ feeling. So I am often behind the curve and the times and all the rest of that. For example, I still have Elena Ferrante to broach.

If you could recommend one book to people around, which one would it be?

I would say: read something in your home language. Challenge your brain with a new script.

What work can we expect from you next?

The Education of Yuri, a novel, from Speaking Tiger.

Notable works of Jerry Pinto includes Helen: The Life and Times of an H-Bomb (winner of the National Film Award for Best Book on Cinema 2007), Leela: A Patchwork Life, Asylum and Other Poems and Murder in Mahim. He has also translated several books to English including Cobalt Blue, Baluta, When I Hid My Caste and I, the Salt Doll.