San Francisco: Apple Inc became the first $1 trillion publicly listed U.S. company on Thursday, crowning a decade-long rise fueled by its ubiquitous iPhone that transformed it from a niche player in personal computers into a global powerhouse spanning entertainment and communications.

The tech company's stock jumped 2.8 per cent to as high as $207.05, bringing its gain to about 9 per cent since Tuesday when it reported June-quarter results above expectations and said it bought back $20 billion of its own shares.

Started in the garage of co-founder Steve Jobs in 1976, Apple has pushed its revenue beyond the economic outputs of Portugal, New Zealand and other countries. Along the way, it has changed how consumers connect with one another and how businesses conduct daily commerce.

Apple's stock market value is greater than the combined capitalization of Exxon Mobil, Procter & Gamble and AT&T. It now accounts for 4 percent of the S&P 500. 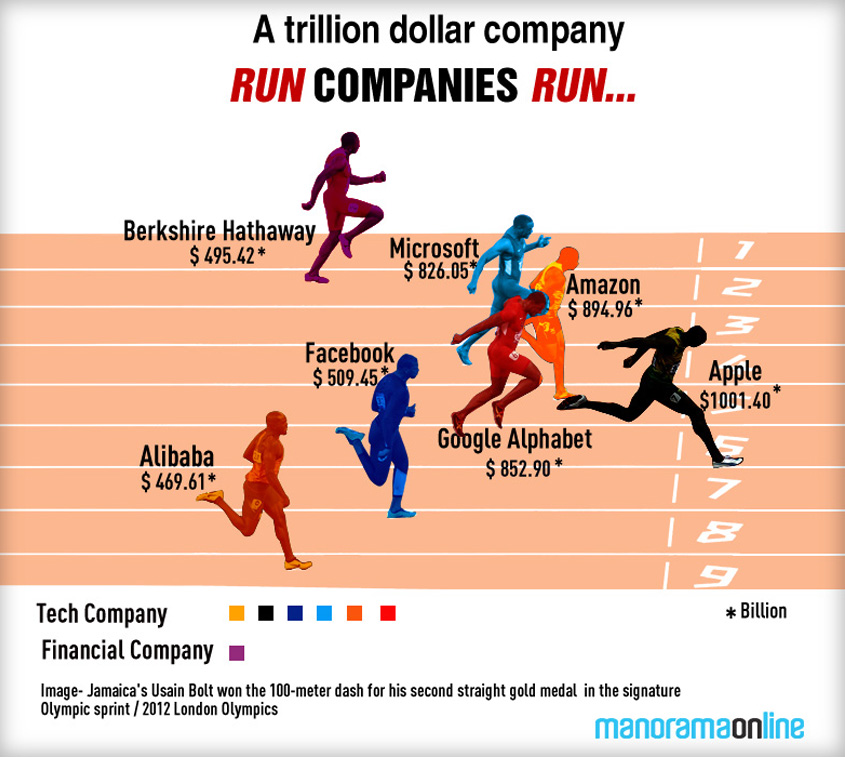 One of three founders, Jobs was driven out of Apple in the mid-1980s, only to return a decade later and rescue the computer company from near bankruptcy.

He launched the iPhone in 2007, dropping "Computer" from Apple's name and super-charging the cellphone industry, catching Microsoft Corp, Intel Corp, Samsung Electronics and Nokia off guard. That put Apple on a path to overtake Exxon Mobil in 2011 as the largest U.S. company by market value.

The Silicon Valley stalwart's stock has surged more than 50,000 per cent since its 1980 initial public offering, dwarfing the S&P 500's approximately 2,000-percent increase during the same almost four decades.

During that time, Apple evolved from selling Mac personal computers to becoming an architect of the mobile revolution with a cult-like following. 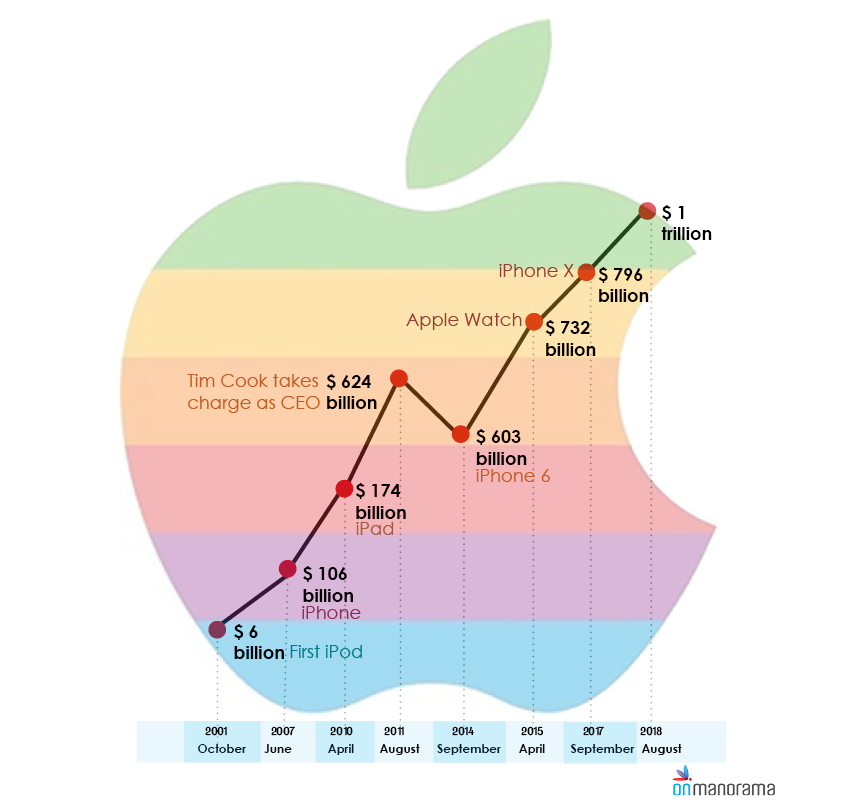 Jobs, who died in 2011, was succeeded as chief executive by Tim Cook, who has doubled the company's profits but struggled to develop a new product to replicate the society-altering success of the iPhone, which has seen sales taper off in recent years.

In 2006, the year before the iPhone launch, Apple generated less than $20 billion in sales and net profit just shy of $2 billion. By last year, its sales had grown more than 11-fold to $229 billion - the fourth highest in the S&P 500 - and net income had mushroomed at twice that rate to $48.4 billion, making it the most profitable publicly-listed U.S. company.

One of five U.S. companies since the 1980s to take a turn as Wall Street's largest company by market capitalization, Apple could lose its lead to the likes of Alphabet Inc or Amazon.com Inc if it does not find a major new product or service as demand for smartphones loses steam.