But here is the catch: A tax payer will get the benefit of the new proposals only if he forgoes all deductions and exemptions he had enjoyed for home loans, insurance premiums, school tuition fees, post office savings and the like. 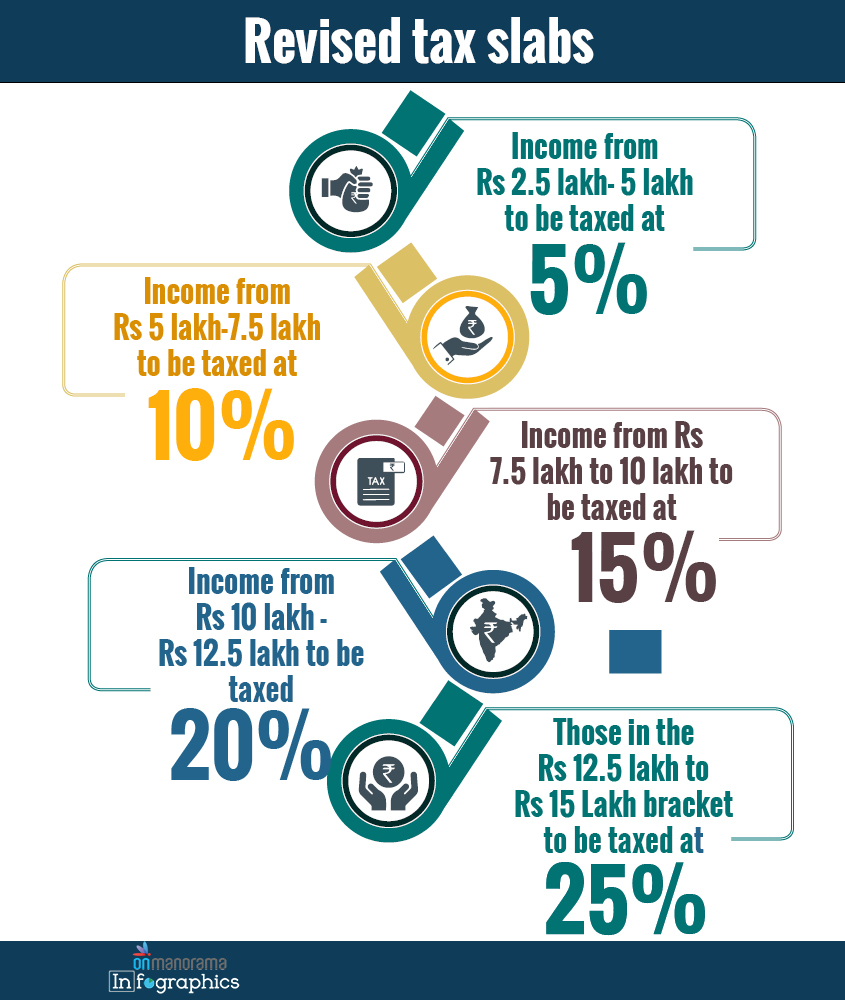 Under the existing regime, incomes between Rs 5 lakh and Rs 10 lakh were flatly taxed at 20 per cent, but the taxpayer enjoyed the benefits of certain deductions and exemptions.

This major tax relief, which will now shrink the country's tax base, is expected to boost middle class consumption. If not, the economy could be in trouble. Taxpayers in the 2.5 lakh-Rs 5 lakh slab make up nearly 48 per cent of the country tax payer base of 5.87 crore. If the middle class do not spend the extra money that will now come into their hands, consumption would continue to remain dull keeping the economy scraping the ground. Th finance minister said that by this measure the country would stand to lose Rs 40,000 crore.

Nonetheless, the minster said substantial tax benefit would accrue to a taxpayer under the new regime, depending upon exemptions and deductions claimed by the person. "For example, a person earning Rs 15 lakh in a year and not availing any deductions etc. will pay only Rs 1.95 lakh as compared to Rs 2,73 lakh in the old regime. Thus his tax burden shall be reduced by Rs 78,000 in the new regime," the minister said.

The taxpayer would gain further still if she was taking deduction of Rs 1.5 lakh under various sections of Chapter- VI-A of the Income Tax Act under the old regime.

She said the new new tax regime was optional. "An individual who is currently availing more deductions and exemptions under the Income Tax Act may choose to avail them and continue to pay tax in the old regime," she said.