New Delhi: Amid hectic parleys and political manoeuvring in Mumbai to lure NCP MLAs led by Ajit Pawar back to the NCP fold, a key figure missing in action is close Sharad Pawar aide Praful Patel.

Patel's Twitter account has been silent for the last two days as he tweeted on Friday about football but nothing after that on the rebellion of Ajit Pawar.

Three attempts to persuade Ajit Pawar have proved futile - two on Saturday when Dilip Walse Patil and Hasan Mushrif met him and one on Sunday when Jayant Patil was sent to him by Sharad Pawar.

Sharad Pawar has been more dependent for negotiations on former Union minister Patel who is also facing probe in Air India scam.

A source in NCP said that Patel has kept a low profile because of the investigation to avoid wrath of the current dispensation. While another person said on condition of anonymity that when Sharad Pawar has taken over all operations himself then where is the need for anybody else.

However some in the party say Patel had some inkling of the revolt brewing but did not inform the party in time. NCP leaders are wary of him. 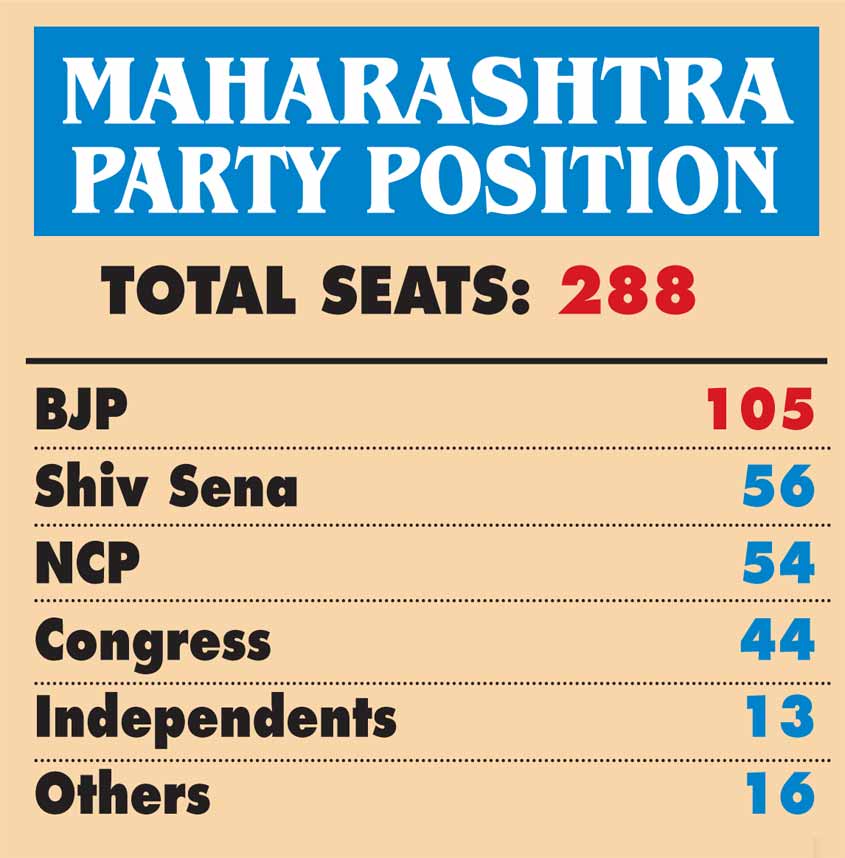 Malik said as far as the MLAs are concerned, five were not in contact. "Two of them have returned. Third MLA has sent his message through video. All our MLAs will return back by this evening."

Malik alleged that the Maharashtra government does not have support of enough MLAs. "We want Devendraji to resign. If he does not resign, we will certainly defeat the government in Assembly and form a new government."

"The current state government is in a minority. Fadnavis will not be able to prove majority on the floor of the House. We demand him that he tender his resignation," Malik said.

A senior party leader wishing not to be named told IANS, "Ajit Pawar may resign by today evening as pressure is building on him following most of the MLAs coming back to Sharad Pawar."