After Sushant Singh Rajput, death of an MP remains unsolved in Maharashtra 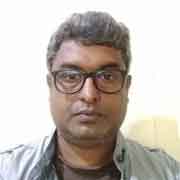 The Maharashtra Vikas Aghadi (MVA) government, led by Uddhav Thackeray, has been plagued by recurring incidents of suspected deaths by suicide ever since its inception in November 2019. The opposition Bharatiya Janata Party (BJP) was quick to cry foul, whether it was in the case of Bollywood actor Sushant Singh Rajput, navy sailor Surajkumar Dubey who succumbed to severe burns at Palghar after being mysteriously kidnapped from Chennai or Pooja Chavan, a 22-year-old who is suspected to have died after jumping from a building in Pune.

The latest case is that of Mansukh Hiren, a 46-year-old Thane resident whose stolen Scorpio led to a security scare outside Antilia, the south Mumbai residence of industrialist Mukesh Ambani. His body was found in the Kalwa creek under mysterious circumstances a day after he left his car decor shop around 8.30 pm on March 4. Initial investigation pointed to a suicide, but soon suspicions of a possible kidnapping and murder were raised by the BJP. Thus, the National Investigation Agency (NIA) took over the investigation into the security scare case outside Ambani residence while a special task force of state ATS will investigate the death of Hiren and the case of vehicle theft.

The only case the BJP doesn’t seem to be interested in pursuing is the death of Mohan Delkar, seven-time MP of Dadra and Nagar Haveli, who was found hanging at a hotel in south Mumbai on February 22. A 16-page suicide note, handwritten in Gujarati, was recovered from the person of the 58-year-old MP about which the officials have been mum ever since.

Delkar was elected to his seventh term in the Parliament as an Independent candidate. He was a member of the Standing Committee on Personnel, Public Grievances, Law and Justice and also a member of the Consultative Committee, Ministry of Home Affairs of the Lower House. He had started his parliamentary career in 1989 as a young trade union leader in Silvassa who fought for the rights of tribal people in the union territory in western India that consists of two separate geographical entities: Nagar Haveli – wedged between Maharashtra and Gujarat, and the smaller enclave of Dadra, to the northwest, which is surrounded by Gujarat.

It was only recently, on January 26 this year, that the Union Territories of Daman and Diu and Dadra and Nagar Haveli had become a single Union Territory after a bill passed in the Parliament to merge them into one unit to help in strengthening administrative efficiency, cutting down the administrative cost and fast track the development of the two territories, which along with Goa, were held by the Portuguese until their liberation in 1960.

The move was supported by civil societies along with the elected Member of Parliament of that area, it was said. So what led Delkar to take the extreme step?

Abhinav, son of the deceased MP, recently wrote to Prime Minister Narendra Modi demanding the removal of BJP man Praful Patel who is serving as administrator of the Union Territory. “My father Mohan Delkar had been mentally stressed for some time and the purpose of writing this letter is to get justice… The statement given by the home minister of Maharashtra on February 24 states that DNH (Dadra and Nagar Haveli) administrator is directly involved in forcing my dad to commit suicide… we the people of DNH cannot bear (sic.) accept such a person… we request you to immediately remove administrator Praful Patel from DNH. I have full faith in the investigation done by Mumbai police… this is an appeal from a son to you…” Abhinav wrote in the letter to the PM as reported by a national daily.

The Delkar family and its supporters, among them former Gujarat chief minister Shankersinh Vaghela and Jhagadia MLA constant harassment meted out by the local administration to him and his supporters led to the MP to take his own life.

Apparently, Delkar had left Dadra and Nagar Haveli after telling his family that he was going to attend a court hearing of one of his supporters, who reportedly had been booked for bootlegging, subsequently arrested and lodged in jail. An associate of Delkar, who did not wish to be named, said that the MP for some reason decided to leave for Mumbai a day earlier than his supporters for the court proceedings.

Abhinav alleged that many of Delkar’s supporters and tribal workers had been sacked from their jobs in local government schools because they had supported him in recently-held local body elections. But an official in Silvasa said that the jobs were not regularized and hence they were illegal postings.

The tribal MP was also troubled when the administration served notices on a local college he set up on government leased land, citing procedural irregularities and threatening to initiate its demolition last year. They stopped only when Delkar managed to get a stay from the court.

The reported animosities between the elected representative and the administration of the Union Territory had led to the latter abandoning official protocol that needs to be followed in case of a sitting MP that Delkar was, and he was not even being invited for government functions. The local MP usually addresses the liberation day festivities – celebrated on August 2 every year – but Delkar was not allowed the privilege last few years, his son alleged.

The administration’s record even otherwise in managing the UT has been below average on most counts, like employment, roads and healthcare, according to an Association for Democratic Reforms (ADR) report.

The election watchdog's 'Dadra & Nagar Haveli Survey 2018’ conducted between October and December 2018 revealed the administration had also performed poorly in ensuring remunerative price for crops, public transport and in tackling pollution. The rapid expansion of industries had led to severe environmental problems like pollution of water and air, depletion of forest cover, which could threaten the flora and fauna, as well as the local wildlife.

The case of the death by suicide of its MP though maybe because of political reasons, revealed Maharashtra home minister Anil Deshmukh. “In his suicide note, Delkar had said he was being harassed and was under pressure from Praful Kheda Patel who is the administrator of Dadra and Nagar Haveli,” the minister stated in the State Assembly last week.

He further revealed that the deceased MP was being threatened that he will be “finished off” from social life and that Delkar’s widow and son too had written to him voicing similar “concerns”.

However, the MVA government’s track record has been anything but reassuring when it comes to suspected deaths by suicide so far. The investigation in the deaths of Sushant Singh Rajput and Pooja Chavan, where the BJP alleged murders, is still awaiting conclusive evidence, while the initial findings in the Mansukh Hiren case throw confusing theories on the possible causes of death.

“Maharashtra Government will form an SIT for investigation (in the Delkar case),” Deshmukh announced in the State Assembly. Hopefully, the truth will come out at least in the death of the Dadra and Nagar Haveli MP.