Idukki: Rehabilitation efforts are underway in low-lying areas that are likely to be affected when water is released from the Mullaperiyar Dam on Friday.

The district administration on Thursday morning issued a second warning for residents.

After 7 am on Friday, Tamil Nadu is expected to release 5,800 cusecs water, from which after they take 2,300 cusecs through the Vaigai basin, the rest will be released into Kerala.

At least 1,700 persons from the Peerumade Taluk have been rehabilitated to eight camps, said Idukki RDO MK Shaji. The Idukki district administration has decided to shift around 3,220 persons living on the banks of the Periyar.

It is yet to be decided on how many shutters will be raised and by how much. A review meeting headed by Minister for Water Resources, Roshy Augustine, will be convened at Mullaperiyar at 3.30 pm on Thursday.

Meanwhile, Revenue Minister K Rajan said that action will be taken on those who spread misinformation. 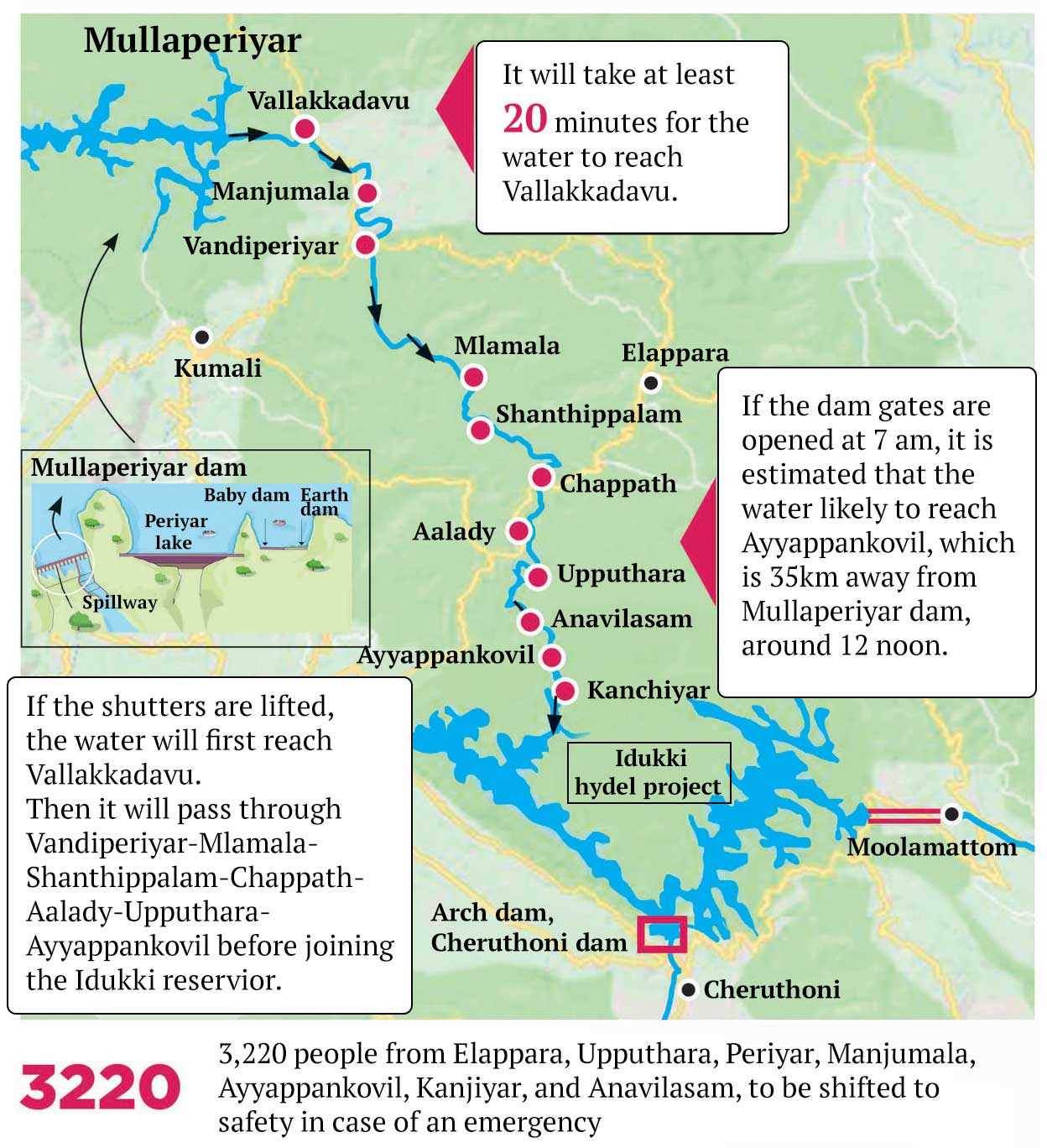 Special officers appointed
Two Deputy Collectors have been appointed as Mullaperiyar special officers. They are camping at Vandiperiyar and Upputhara.

The buildings have been identified for opening the relief camps. All the camps will be set up as per the COVID-19 protocol. Pets will be rehabilitated separately.

The police will enforce night patrol on the houses of those who will be shifted to camps. In every camp, there will be a charge officer. Separate medical help units will be pressed into service in each relief camp to take care of the health needs of the inmates.

Four units of Fire Force are kept ready to deal with any emergencies. In case of any power shutdown, the KSEB will come up with an alternate action plan. Even if there is power shutdown, steps have also been taken to keep the communication channels alive with the help of the BSNL.

Control rooms opened
Control rooms have been opened by various departments as part of the relief operations. The Forest Department has opened control rooms at Vandiperiyar and Vallakadavu.

The Fire Force and the Irrigation Departments have also started control rooms.

A rule curve specifies the storage or empty space to be maintained in a reservoir. Tamil Nadu had asked for the water level to be raised to 142 ft.

Kerala has called for the existing structure, which is over 100 years old, to be decommissioned and a new one built.