The novel coronavirus cases in India rose to 169 on Thursday after 18 fresh cases were reported from various parts of the country, according to the Health Ministry.

The number of coronavirus cases in Telangana reached 13 with a group of seven Indonesians and a youth, who returned from Scotland, testing positive for the virus on Wednesday.

The total tally includes 31 foreign nationals -- 17 from Italy, 7 from Indonesia, 3 from Philippines, two from UK, one each belonging to Canada and Singapore -- and the three persons who died after getting the virus, which has killed 8,000 people globally and infected nearly 200,000 others.

In a written reply in Lok Sabha, Minister of State for External Affairs V Muraleedharan said the total number of Indians infected by coronavirus abroad was 276 – 255 in Iran, 12 in UAE, five in Italy, and one each in Hong Kong, Kuwait, Rwanda and Sri Lanka.

The Indian Army reported its first case of coronavirus on Wednesday after a 34-year-old soldier of Ladakh Scout regiment tested positive, prompting the force to strengthen its check and prevention mechanism and suspend war games and training activities.

The first case in the armed forces prompted the army to further strengthen its check and prevention mechanism by taking additional steps, including checking soldiers for flu symptoms on their return from leave, and cancelling non-essential travel and conferences. The army also announced suspension of wargames, conferences and training activities. Prime Minister Narendra Modi will address the nation on Thursday evening on the coronavirus outbreak and ways to contain it, the Prime Minister's Office said.

The Swiss firm Roche Diagnostics India received the license for conducting coronavirus tests after approval from drug regulator DCGI, making it the first private firm to get such permission after the government decided to allow accredited private labs to test for COVID-19, a senior health ministry official said.

The threat of coronavirus also continued to impact the road and air traffic as senior railway officials informed a parliamentary panel that more than 60 per cent tickets were cancelled in March so far due to the outbreak while GoAir said it has terminated contracts of expat pilots amid curtailed operations due to the coronavirus pandemic.

Abu Dhabi-based Etihad Airways also announced reduction in its flights to India, two days after the government stated that passengers coming from UAE from March 18 onward would be compulsorily quarantined for 14 days.

With a surge in demand of soaps, floor cleaners and thermal scanners, Consumer Affairs Minister Ram Vilas Paswan said the Centre is closely monitoring the prices of these items. Normally, the ministry keeps track of prices of 22 essential commodities but recently, it has included face masks and hand sanitiser under the Essential Commodities Act.

"We are monitoring prices of three more products -- soap, floor and hand cleaners like Lizol and Dettol as well as thermal scanners whose demand has gone up because of coronavirus scare," Paswan told PTI.

As per the Union Health Ministry, over 5,700 people, who had come in contact with these positive cases, are under rigorous surveillance.

Giving a state-wise break up of the confirmed COVID-19 cases, officials said Delhi has so far reported 10 cases which include one foreigner, while Uttar Pradesh has recorded 16 cases, including one foreigner.

The number of COVID-19 cases in Telangana stood at six after the Scotland-returned youth tested positive for the virus. However, it went up to 13 after a special media bulletin on COVID-19 issued by the state government late on Wednesday night stated that seven Indonesians, who came for religious activity, tested positive.

An Indonesian citizen, who is part of the group, had already positive for the virus on Tuesday.

The Indonesians have been kept in isolation since March 16, the bulletin said.

The 13 cases include the first positive case of a techie who has been discharged from hospital after recovery. 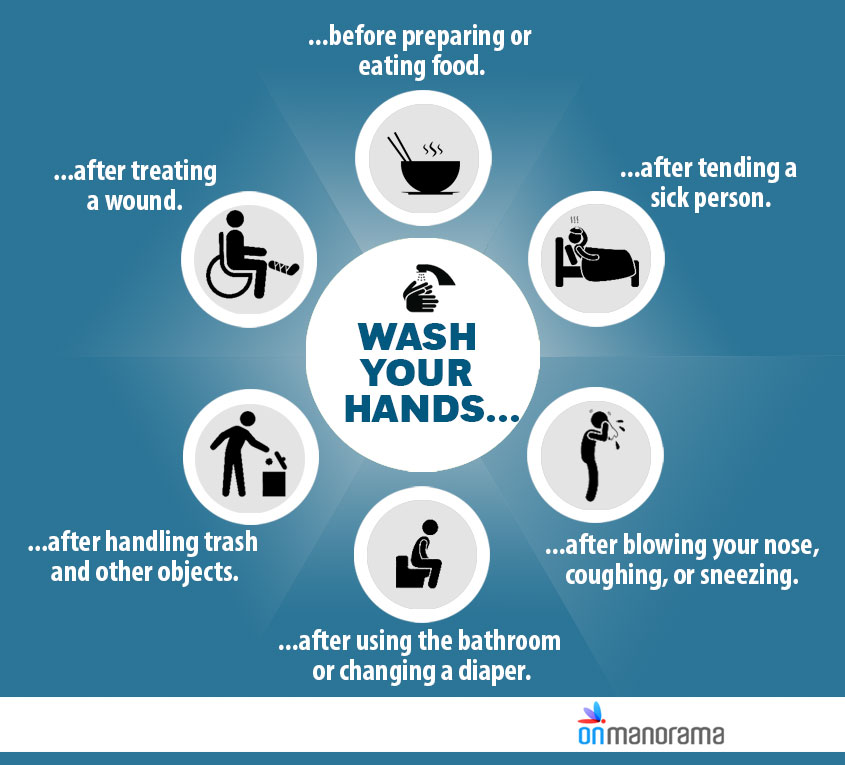 Maharashtra has 42 cases, including three foreigners.

In Haryana, there are 17 cases, which include fourteen foreigners.

The number of cases in Ladakh rose to eight and in Jammu and Kashmir three.

Rajasthan has also reported four cases, including that of two foreigners.

Kerala has recorded 27 cases which include two foreign nationals. Of this, 24 patients are under treatment for the COVID-19 and three have been discharged following their recovery from the disease.

Tamil Nadu, Andhra Pradesh, Odisha, Uttarakhand and Punjab have reported one case each.

According to the ministry's data, 14 people have been discharged so far.

With most of the schools and colleges shut down, the Human Resource Development Ministry announced that it will launch e-classes on Swayam Prabha DTH channels for school students, while the CBSE has postponed class 10 and 12 board exams and said the examination will be rescheduled after March 31.

Meanwhile, several opted for self-quarantine as a matter of precaution, including former Union minister and BJP MP Suresh Prabhu, who quarantined himself at his residence for the next 14 days after he returned from Saudi Arabia despite testing negative for the infection.

Muraleedharan also had announced on Tuesday that he has quarantined himself at his residence in the national capital as a precautionary measure after a medical institute he had visited recently in south India reported a COVID-19 case. Though, he had tested negative for the infection.

An Army officer attached to the College of Military Engineering in Pune was asked to self-quarantine after he showed symptoms of flu, sources say.

Giving the details of Indians in Iran, one of the worst affected countries by coronavirus, Muraleedharan in his written reply said the nationals include about 1,100 pilgrims mainly from Ladakh, Jammu and Kashmir and Maharashtra.

There are also nearly 300 students primarily from J&K, about 1,000 fishermen, including from Kerala, Tamil Nadu and Gujarat, and others who are on a long-term stay in Iran for pursuing their livelihood and religious studies, he added.

Asked about steps take by the Centre to help Indians stranded in Iran due to the coronavirus outbreak, Muraleedharan said the government has made focussed efforts for the safe return of Indians from that country.

A team of six Indian health officials has been deputed to Iran in order to set up testing and sampling facilities there, he said.

Muraleedharan said 1,706 samples have been taken, including from pilgrims, students and other Indians stranded in Iran.

These are tested at medical facilities including the National Institute of Virology, Pune, he said.

As of March 16, 389 Indians, including 205 pilgrims and 183 students, have been repatriated in four batches on board special flights of the Indian Air Force and Iranian airlines, he said.

In a bid to prevent the spread of coronavirus, the National Restaurant Association of India asked all members to shut down restaurants till March 31 or till such time when no new cases are reported.

The Home Ministry on Wednesday said India has temporarily banned entry of passengers from 36 countries while people travelling from 11 countries will be mandatorily quarantined in the wake of the coronavirus outbreak.

The government on Tuesday had banned the entry of passengers from Afghanistan, Philippines and Malaysia to India with immediate effect, according to an additional travel advisory.

This instruction is a temporary measure and shall be in force till March 31 and will be reviewed subsequently.

The government has also banned the entry of passengers from the European Union countries, Turkey and the UK from March 18 till March 31.