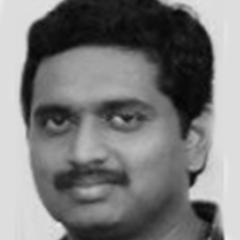 The Kerala police seem to be embroiled in a fresh act of blatant human rights violation as a man and his wife committed suicide in Changanasserry, near Kottayam, after a 12-hour grilling by the cops.

Goldsmith Sunil Kumar, a resident of Idavalanjizhil House at Puzhavathu, Changanasserry, and his wife Reshma were summoned to the police station on a theft complaint by CPM municipal councillor Saji Kumar.

Read more: Police will beat me to death, said Sunil in last call to cousin

The cops reportedly assaulted Sunil and gave him an ultimatum to present the gold allegedly stolen by him by 4 pm Wednesday.

The issue becomes grave on two counts: the obvious insensitive, inhuman, and wanton handling of human lives by the police and the propriety of the complainant's presence during questioning. The complainant would have used his clout as a ruling party member to 'extract' whatever he could from the hapless victim.

The police could have overdone their part to please the 'political master.'

The fresh blot on the force comes at a time when it is struggling to come out of the Varappuzha custody death case and the Kevin murder case. If the first was proactive cruelty, the second one was passive complicity which allowed a gang to kill a youth.

The many doctrines governing police behaviour notwithstanding, the tendency of the police to fall back on barbarism is something that should make the most-literate state think hard.

In a study published in the US in 2004, titled 'Fairness and Effectiveness in Policing,' the author says: “Police behaviour is affected by broad forces, including features of the organisation that hire, train, and supervise police as well as the environment within which they work.”

The author could well be implying that the civility of a police force could be directly proportional to the civil society in which it works. So, corruption in the police could well be the dividend of a similar society.

Theories apart, the abhorrent ways employed by the police to extract statements and information often exceeds the bounds of civil behaviour.

Police theorists say a disciplined constabulary could be ensured when it is accountable to the community it operates. Such going-back to community efforts have helped create better police forces in many African countries, studies say.

With devolved governance mechanisms, effective three-tier panchayat system, and state-backed institutions like Kudumbashree, the state police can be operated in the ambit of civil society effectively.

(The views stated are personal)