Cow down or get lynched 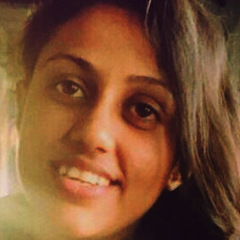 Lynchings in the name of cow protection seems to be the new normal in the country. It seems the 'cow-is-a-domestic-animal' attitude of Indians took a vicious turn immediately after prime minister Narendra Modi took the reins of the country in 2014. Violent cases of cow vigilantism were not reported even during the Vajpayee regime in 1999-2004. Later, during the UPA rule also, five incidents involving minor assaults occurred but no lynchings were witnessed in the country between 2010 and 2014.

However, things took a violent turn right from 2015 and the number of cow vigilantism-related cases continuously spiked with 34 people being killed by mobs claiming to be protectors of cows in three years. If data compiled and updated by indiaspend.com is anything to go by, 28 incidents of lynchings have occurred in the name of cow vigilantism during 2018 alone, claiming 12 lives. These are incidents reported in the national media. IndiaSpend is a data journalism initiative that utilises open data to analyse a range of issues. Its data on cow-related violence in the country has listed all the news sources for the same.

However, instead of condemning such incidents, one of the union ministers Arjun Ram Meghwal has blamed Modi's popularity for one such case in Rajasthan's Alwar, where one Rakbar Khan was lynched by a mob while taking cows to his village through a forest area.

The statement inferred that the opposition parties are facilitating lynchings so that people believe that BJP is behind the incidents that has shamed India globally. Meghwal's colleague, minister of state for home affairs Hansraj Ahir, had recently told the Rajya Sabha that there was no data available on cow-vigilantism with the government or the public. He argued against a law on cow-related violence saying “any person who takes law into his/her own hand is punished promptly as per (the) law”. In September last year, he had however proposed to build 'cow sanctuaries' on forest land to stop any violence in the name of cows.

It seems the saffron party is making all efforts to ensure that the people revere cows and those who don't get punished. Uttar Pradesh chief minister Yogi Adityanath has been one of the extremely vocal members of the BJP on cow-related murders. Condemning cow killings, instead of the lynchings, Adityanath had dared the then Karnataka chief minister Siddaramaiah to prove himself to be a Hindu by banning cattle slaughter in Karnataka. “If any person indulges in cruelty to cows (leave aside talking of killing of cows), he will find himself behind bars," Adityanath had recently said while addressing an event organised by the Vishwa Hindu Parishad’s Gauraksha Vibhag.

Lynchings and assault of cattle traders have only increased over the past four years of Modi's term even as several goons in the guise of 'gau rakshaks' vent their anger against all people linked to meat trade.

Interestingly, India still remains the fourth largest producer and fifth largest consumer of beef in the world as per the April 2018 report by Foreign Agricultural Service/USDA. Another point of contention highlighted by the report is that 'beef' production in India includes meat of water buffalo, an animal not precious to any religion. Yet, many slaughter houses selling buffalo meat were shut in BJP-ruled states.