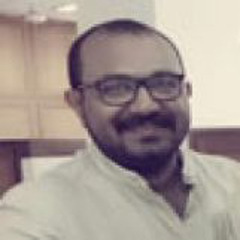 Preparing to celebrate its golden jubilee next year, the Students' Federation of India (SFI) is now roiled in an episode of campus violence that rocked the Kerala's capital city where it was formed 50 years ago.

A day after representatives of the SFI marched to the chief minister's office in Thiruvananthapuram to submit a "charter of rights" on July 11 as part of a political campaign, a member of the organisation was stabbed by his own comrades in the University College just a stone's throw away from the state secretariat building. As the CPM-affiliated students body uploaded to its Facebook page a photo of its leaders submitting the 51-member charter of rights to the chief minister, someone was seen commenting if the charter included a right to stab.

The SFI is staring at the worst crisis in its 50-year history, putting the CPM and the broader Left in an embarrassing position. The party bosses in Thiruvananthapuram cannot wash their hands of the incident in a college which is located so close to the party's state unit office. The mafia-like operations of a section of SFI leaders in the college were not lost on the who's who of the CPM in the city.

The stabbing of Akhil Chandran, a student of the University College and a member of the SFI's college committee, by the organisation's unit president and secretary quickly grabbed headlines in Kerala. This was not a one-off incident. Several students, including SFI members, were targeted by the same gang in the past. The victims included Ansar, Jishnu and Ambady, all district-level leaders of the SFI. Fortunately, they did not find themselves at knife point like Akhil. They had lodged formal complaints with the district and state committees of the SFI and the CPM, leading to the suspension of A N Naseem, the unit secretary and the second accused in the stabbing case, from the SFI.

Recent meetings of the SFI were dominated by rows regarding the affairs of the unit in the University College. The strange decision to include Naseem in the Thiruvananthapuram district committee of the SFI led to ugly scenes in the organisation's district conference meeting. Some of the CPM leaders in Thiruvananthapuram prevailed upon the meet delegates to see the 28-year-old Naseem included in the new committee even though the students' body has limited its membership to those below 25 years.

Naseem and gang were also accused of pushing a student to the verge of suicide. She had raised the issue with the party three months ago.

The campus had become tense in the run-up to the attack on Akhil this week. The week-long tension could not have escaped the radar of the state police intelligence or the much sharper monitoring of the cadre party organisation.

Then what prevented the party from taking action against the erring student members? The clique that controls the SFI unit in the University College wields disproportionate influence over the organisation's district committee thanks to students who enroll in the prestigious college from different parts of the district. The college unit lobbies hard within the organisation to promote the students of the college so that it has its own people in the wider organisation.

The CPM leadership turns a blind eye to the manoeuverings because it is heavily reliant on the student power for the mass demonstrations and protests in the capital city.

The spontaneous protest by SFI members against the unit in the college after the stabbing  incident was in fact an indirect challenge to the CPM bosses who let the clique have its way. The message was not lost on the top brass. The matter was taken up by the state leadership of the SFI and even the national leadership. In an extraordinary disciplinary measure, SFI national president V P Sanu himself announced the dissolution of the SFI unit in the University College.

Later incidents revealed that the clique had spread its tentacles to the entire Kerala University which is based on a campus close to the University College. Several reports pointed to an unholy alliance that even cast a shadow over the credibility of the Kerala Public Service Commission. Ironically, the SFI had always fought for fair and transparent recruitment to public offices.

The SFI can march proudly to its 51st year only if its political masters dare to boot out criminal gangs from all campuses in the state.