New Delhi: Sanctioned by the US for its link with the notorious D-Company, the controversial Mehran Paper Mill, located 154 km away from Karachi in Kotri (Sindh), has restarted its operations.

Though the Sindh government has maintained that Mehran Paper Mill was shut after the sanctions under the Foreign Narcotics Kingpin Designation Act of the US in 2015, IANS has now discovered that the mill has quietly restarted. 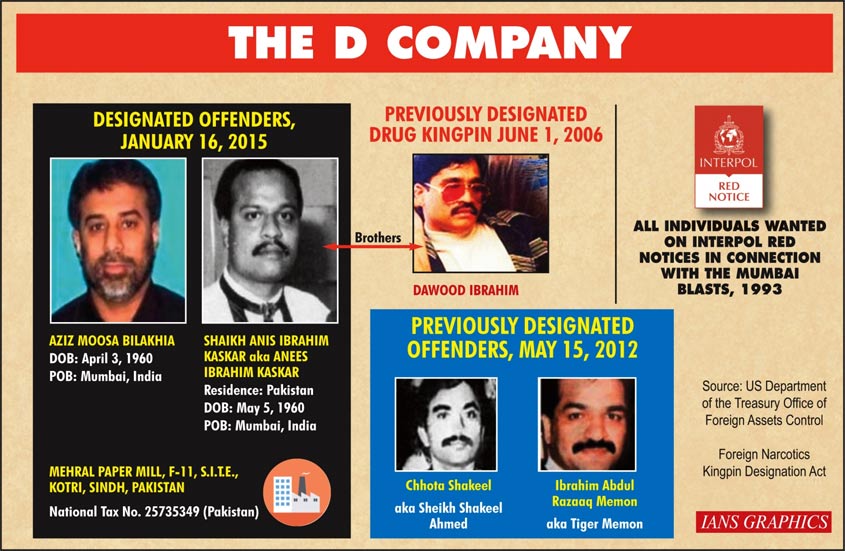 Talking over phone, the aide of the General Secretary of Kotri Association of Trade and Industry (KATI), located in Sindh province in Pakistan, revealed to IANS that initially the mill was closed but it has restarted now.

Talking in Urdu over phone (009231230428xx), the aide of Asif Ali, General Secretary of KATI, confirmed that the Mehran Paper Mill located at Plot No. F-11, SITE, Kotri, was shut for sometime, but has now been opened. The aide did not cite any reason for the mill's earlier closure.

Interestingly, KATI, the apex trading body of Kotri, has presently listed 136 members on its official website which also includes Mehran Paper Mill. Despite the US sanctions, Mehran Mill continues to be the member of the trading body, patronised by the Sindh government.

IANS also spoke to the owner of Gul Paper Industry, located at Plot No. P-2, SITE, Kotri, but when asked about Mehran Mill's operations, the proprietor chose to be silent.

On various trading sites, including Alibaba, Mehran Paper Mill is shown as a pioneer manufacturer of fine tissue papers having global business operations. Several e-commerce and trading sites have mentioned the name of Haji Anees Ibrahim as its proprietor. 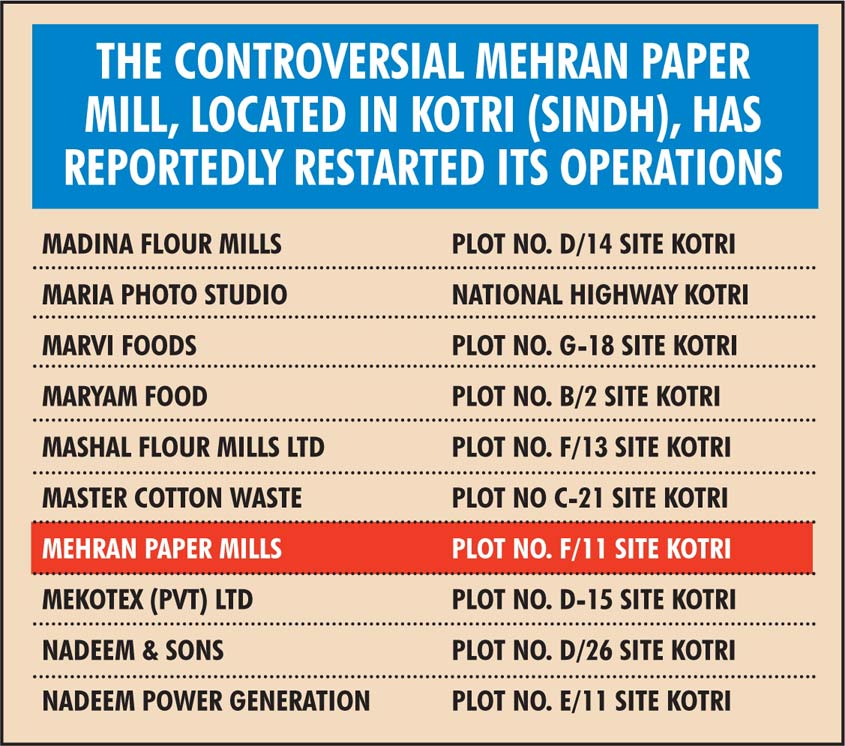 On Indian government's report and initial investigation by the FBI into D-Company's links with terror outfits, drug syndicates and FICN operations, the US Department of the Treasury had decided to sanction Anees Ibrahim, his aide Aziz Moosa Bilakhia and Mehran Paper Mill.

The US Treasury order of January 16, 2015, said, "Anees Ibrahim is known to be involved in narcotics trafficking, extortion, contract killings, and money laundering on behalf of D-Company. Anees Ibrahim is also accused of his involvement in the 1993 Mumbai blasts. Action also targets Mehran Paper Mill, a Kotri City, Pakistan-based paper company owned or controlled by Anees Ibrahim."

Based on documentary evidence, Indian agencies had earlier accused the D-Company of having deep rooted links with Pakistan-based terror outfits and its spy agency, the Inter Services Intelligence (ISI).

Seizures of several huge consignments of FICN established the nexus between ISI and D-Company in pumping fake Indian currency through Nepal and Bangladesh into the Indian territory.

The Indian agencies also alleged that ISI, in a clandestine operation, was using Mehran Paper Mill as one of the facilities to print FICN inside Pakistan while using hi-tech printing technology from PSPC's security press located in Karachi.

The NIA in its charge-sheet submitted in the court mentioned that the fake currency was printed in Pakistan with the active involvement of Dawood's syndicate.

The charge-sheet also mentioned the name of Aftab Batki, a D-Company operative, who was instrumental in smuggling the currency from Pakistan to Dubai. The Dubai route has been a favourite for fake currency smugglers for many years, but later the UAE government's crackdown on Indian fugitives compelled the ISI and Dawood's aides to negotiate other international routes to run the FICN racket.

Tags:
Advertisement
MORE IN WORLD
SHOW MORE
The comments posted here/below/in the given space are not on behalf of Onmanorama. The person posting the comment will be in sole ownership of its responsibility. According to the central government's IT rules, obscene or offensive statement made against a person, religion, community or nation is a punishable offense, and legal action would be taken against people who indulge in such activities.
RELATED STORIES
Subscribe Newsletter