Tesla arrives, but is India ready for the EV revolution? 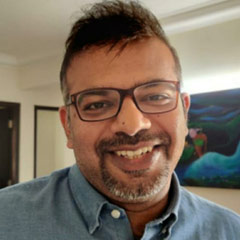 A laggard, a straggler, a skeptic, – choose your pick – I refuse to join the EV party. Yeah, Tesla is here – well, almost. And, the guests, they are a-coming. But, don’t wheel in the cart yet; it ain’t no fun partying when you are range-anxious. Hundred plus horses under the hood? Hold them, will ya? No, let’s not put the cart before the horse. Go easy, mate, don’t drain the battery – can’t handle charge anxiety, can you? Chances are that the next charging station is a few hundred kilometers away. It makes me anxious. Does that make you anxious, too?

A search on Google maps shows about two dozen charging stations in Kerala for electric vehicles (EVs); nearly half of these are in two cities, Kochi and Thiruvananthapuram. You can see similar patterns in other States, too. For example, in Karnataka, Bangalore has scores of charging stations. If you look at other cities in Karnataka, apart from Mysore that has four charging stations identified on the maps, the charging stations are few and far between. The latest Kerala budget, presented by Finance Minister Thomas Isaac on Friday, does mention plans for setting up 236 charging stations in the State. However, if we do a status check on previous announcements such as Kerala State Electricity Board (KSEB) floating expression of interest for 183 charging stations in 2019 and the union government’s FAME (Faster Adoption and Manufacturing of Electric Vehicles in India) programme that proposed, in January 2020, another 131, there are enough reasons to be skeptical about this as well. This is despite the fact that Kerala is one of the few States that have an EV policy and has the State electricity board as the nodal agency. For all the enthusiasm the governments – especially the central government – have been showing since 2018 for promoting EVs, this lacuna in basic infrastructure seems baffling.

Many of the charging stations are run by private enterprises, including showrooms that sell electric vehicles, and are not open 24/7. Often, these stations have only one or two charging points. Though the central government had, in January 2020, approved the installation of 2,600 EV charging stations across 62 cities, it doesn’t look like there was much progress. A report in October said the government was looking at setting up a charging station every 25kms. The latest news says the government is planning to set up 69,000 charging stations at fuel stations across the country. One thing that is evident to anybody following these reports is that there is still much confusion about the plans – remember, the union government, in 2019, got cold feet on an EV policy that was reportedly awaiting the cabinet nod – and some red tape to cut through.

The other challenges that many of the EV evangelists seem to ignore are the power availability in various parts of the country, the quality of power available, and the source of power produced and consumed in India. Nearly 20 percent of the electricity generated in the country is lost due to technical and commercial reasons, according to the Ministry of Power. This, along with the last mile delivery issues, often causes interruptions in power supply and adversely affects power quality, such as voltage stability. With no guarantee of 24/7 power with stable voltage, charging of electric vehicles remains a big challenge outside the urban areas.

A look at the source of power generation in India will sure dampen the spirits of those whose primary reason for switching to EVs is their commitment to curb the pollution and dependence on fossil fuels: approximately 80% of power generated in India come from fossil fuel-based plants. Unless the power production from renewable sources is ramped up in the next few years to reduce dependence on fossil fuels, the push for EV isn’t going to achieve its primary goal: a clean, green planet.

If these are the main challenges on the infrastructure side, some of the electric cars on sale in India suffer from low range and many niggles. Despite the tax rebates, many of the models cost about two million rupees or more. While range remains a major concern in a country that does not have charging infrastructure outside the big cities, many users have reported the niggles that adversely affect customer confidence.

If a car that costs more than 1.5 million rupees does not offer a real-life range of more than 250 km and gets into a battery-saver mode even when the battery is charged or when a car that costs 2.5 million rupees with a real-life range of ~350 km stalls after a software upgrade and takes weeks to repair, how are we going to get the early adopters to follow the innovators who bet big on the EVs out of their commitment to the environment and the government’s vision? Some of the models on sale can best be described as half-baked. Such hurried launches are going to cause further erosion of customer confidence, and more worryingly, keep the early adopters and early majority – who typically provide the much-needed momentum and accelerate the adoption – from the electric cars for a few more years.

In 2020, we saw a little over 4,000 electric cars rolling out of India's car showrooms. Unless there is a quantum leap in sales and in overall customer confidence, the target of having 30 percent electric cars by 2030 is going to be an uphill drive in an underpowered vehicle. Remember, the original plan was to go 100 percent EV by 2030. Similarly, the EV policy published by the Kerala government in 2019 had a target of registering 2,59,000 electric vehicles by 2020 and one million such vehicles by 2022. However, according to the budget speech by Kerala Finance Minister Thomas Isaac on Friday, currently there are only about 2000 electric vehicles in the State, which is about one percent of the 2020 target.

The governments will do well to develop a comprehensive EV policy that focuses on building infrastructure and incentivizing the buyers with a more realistic outlook. The government could encourage car manufacturers and other corporates to spend some part of their corporate social responsibility funds on building charging infrastructure across the country and generating renewable energy, which can be channelised to the power grid.

Even as I type this, I receive yet another forward about Tesla registering its India unit in Bangalore. There is palpable excitement about Tesla entering the Indian market. However, what people seem to forget in their excitement about the prospect of the best electric car in the world arriving on Indian roads is the fact that according to the initial reports Model 3 is going to cost 6 million-plus rupees.

The range for a Model 3 could be 354 to 568 km based on the variant. Even if one buys the long-range variant that offers the maximum range, a Bengaluru-Goa or Bengaluru-Kochi trip will require one charging break. Unfortunately, finding a place on these routes isn’t easy today. And, remember we are talking about a car that costs north of 6 million rupees! The chances are that initial lots will be imported as completely built-up units (CBUs) or completely knocked down units. Both these categories attract a high rate of excise duty causing higher markups. And that means Tesla, as aspirational and desirable it is, will remain niche for a few more years as it shares space with Mercedes, BMW, and Audi that together sell about 3000 units a month during happier times.

Grand-sounding policy statements that are not backed by action or intent; almost non-existent charging infrastructure outside the big cities; companies that push work-in-progress models on unsuspecting customers; and a tax system that makes buyers pay through their nose! That’s India’s EV scene in a nutshell. So, what’s the party about?

(The author is a technical writer based in Bengaluru)