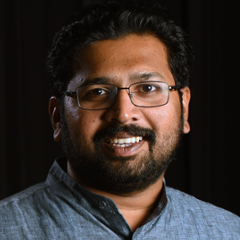 Let me begin with a disclaimer. I consider myself to be a new-gen politician who regularly interprets excel sheets, spends a fair share of time reading online content and doesn't miss an opportunity to watch my favourite series on Netflix or Amazon. On the professional front, being an elected representative, I enjoy interacting with the local community on social media, mostly through platforms like Facebook and Whatsapp.

The advent of social media has not only reduced the power-distance but also paved way for active communication enabling addressing of people's concerns, both of which are very consummating. In the same breath, I should confess that I was pleasantly surprised that a random search for Aryanad — a primarily rural panchayat in my constituency — springs up hundreds of tech-savvy users on Instagram. If you need to further assess my Social Media Quotient, the fact that the latest online fads — the 'one minute to fame' apps like TikTok, Smule and Musically — still elude me shows that I have not yet reached that illusory social media milestone.

December 2018 proved to be a starkly turbulent time in cyberspace which saw polarising discussions on matters like Sabarimala entry, Women's wall and Rafale deal in the forefront. Though it served to get a 360 degree view of opinions, it did bring out some sensible and some unsavoury expressions from various sources. I couldn't but notice that the fine line between acceptable and unacceptable forms of expressions was beyond blur!

On one such day, while browsing, I accidentally stumbled upon a particular video-clip which would soon become an internet sensation in the vernacular. The TikTok clip which came to be infamously known as 'Sateeshante Mon' (meaning son of Satheeshan, whom we will refer to as Mr S, here) featured a couple of school-going girls venting their anger in unparliamentary words against an ex-lover boy whom I presume is the son of Mr S. The story didn't end there, and was followed by an angry repartee by the prodigal son of Mr S, once again in a derogatory manner. These videos were instantly shared by thousands of social media users and almost became a hot topic of discussion among the Malayali youth. Even when one doesn't need to pass any moralistic judgment here I definitely cannot fathom the need for washing dirty linen in public on issues as these.

A bunch of chirpy girls from a village in Northern Kerala made a short private video titled 'Kilinacode' to register their protest in being victims of unfair orthodoxy while returning from a friend's wedding. Draped in giggles and veiled in humour they pointed out that 'light had not entered several remote places' even in this modern era. This video leaked on multiple social media portals thereby pushing them into instant prominence followed by backlash, laughter turned into fear, threats and tears…all within a couple of days, thanks to social media once again. This brings to light that everyone has a spot in social media, but the platforms as such hardly offer any chance for discernment under the pressure to react even if it means mindless spewing out of emotions.

These videos lingered on in my dormant mind as I spent my days interacting with the common public. I grew keen on figuring out if the popularity of the internet and social media could be attributed only to a select few tech-savvy Malayalis, or was it really such a path breaker in our society in the larger scheme of things. I decided to test the waters during my annual interaction with students in the National Service Scheme camps that were held during the Christmas holidays. These camps are usually a pleasure to attend as the vivacious students are more cheerful and receptive to robust discussions with the guests as compared to some other didactic addresses that legislators like me have deliver in front of audiences. Thus, during my interaction with a bunch of smart students in my constituency, I briefly mentioned TikTok. The very word TikTok garnered almost disruptive attention that I could sense the students turning on their mental antennas.

The next phase of this experiment turned out to be priceless. As I mentioned the 'holy' words 'Satheeshante Mon', the students comprised boys and girls in nearly equal numbers quipped revealing a mélange of emotions, ranging from sheer shock and loud gasps to exhilaration and shrill cat-calls. One thing was certain — even the most diminutive, shy one in that group of rural students had either seen the video or at least learned about it. Equally curious was the reaction of the fraternity of parents and teachers who attended the session — you guessed it right — not a single soul comprehended the interaction. They were flummoxed as if the students and their legislator were speaking in some alien language beyond mortal comprehension.

I wouldn't stop short of inferring that most of us, including policy makers, social workers, academicians, teachers or parents fail to understand the mind-frame of this whiz-generation. My contention is that all of them are in their own little world which are finely interconnected beyond our imagination. They operate in ways that are strange to us, much to our chagrin on most occasions. On one hand they are homogeneously glued on to the mobile screens, nodding their heads in unison insulated from our public ridicule, (well, it helps that their techni-coloured earphones are blasting music full throttle). On the other hand they turn-about springing a welcome surprise by working tirelessly in flood relief operations, carrying truck loads of relief material on their shoulders sans any recognition, unlike their predecessors who grew up fancying acknowledgement for upkeep of self-esteem.

A young vibrant demographic dividend is India's competitive advantage. But let us not forget that it is their untapped potential that we need to harness to translate the benefits for the greater good of our society. This will happen only if each one of us take a step back, or rather step ahead and understand (at least try to understand) this generation. Our teaching modules should go beyond the clichéd ICT tools to more relevant technologies. As a legislator, I learn that I should not just invest in tin-box educational infrastructure but carve out more creative learning spaces where technology aids in sparking innovations for public good. When we do channelize this ceaseless and restless flow of energy in the right direction, it would work wonders for our nation's bright future. For that, we need to be better prepared.

How about a classroom debate on the viral video clip "Satheeshante Mon - are expletives an acceptable form of new age expression?" Sure to kick off with some enthusiasm from the responders, the future!

(KS Sabarinadhan, a former management professional, is one of the youngest members in the Kerala Legislature)