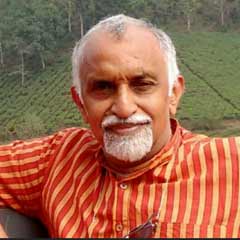 Black flags on boats, beach protests, strikes and petitions of dissent mark the reception being given to the long awaited Indian Marine Fisheries (IMF) Bill 2021 by small-scale fishers around the country. The Bill is expected to be tabled in the current monsoon session of parliament.

The Bill has seen two earlier drafts since 2019. Both were hastily formulated in tandem with the politically charged discussions which were taking place in the World Trade Organisation (WTO) on fisheries subsidies. Even at the most recent July 15, 2021 virtual session of the WTO on fisheries subsidies, Commerce Minister Goyal argued against the stand of developed counties for Special and Differential Treatment (S&DT) being restricted to “poor, artisanal fishers”. He wanted S&DT to be extended to the whole fisheries sector. His stand was applauded by most developing countries.

The latest IMF 2021 Bill seems to follow the same logic by treating the marine fisheries sector of the country “as a whole” without considering the special and differentiated needs of the small-scale, artisanal fishing communities who have always been the backbone of the sector. Interestingly it is this approach, which earned kudos among developing countries, that is being contested at the national level, and accounting for the widespread protests.

Who Fishes Where?
Marine fisheries resources, estimated to yield over 4 million tonnes annually, over which we have sovereign rights conferred by the United Nations Convention on the Law of the Sea (UNCLOS), are in the exclusive economic zone (EEZ) that extends up to 200 nautical miles from the baseline and spread across a huge aquatic territory of over two million square kilometres.

Within the EEZ lies what is designated by UNCLOS as the territorial sea (TS) which extends to 12 nautical miles from the baseline and covers an area of only about 10 percent of the EEZ.

However, as the TS accounts for the more shallow and nutrient laden waters, where primary productivity spurred by sunlight is highest, it accounts for well over 75 percent of the marine resources despite the much smaller area. As per our Indian Constitution, fishing in this TS is in the remit of the State List and hence the responsibility of nine maritime states and union territories to manage. The Union Government, as per the Union List, is responsible for ‘fishing and fisheries beyond the territorial waters”.

Until about the late 1980s, the small-scale, artisanal fishers of India largely confined their fishing to day trips within the TS due to technological limitations. Thereafter, with access to greater mechanical propulsion and navigation devices, many have expanded their horizons to the limits of the EEZ and even beyond, undertaking fishing trips lasting 10-15 days. It has been on these trips that they notice foreign vessels fishing in our EEZ.

The IMF 2021 Bill ‘nationalises’ the EEZ by invoking a Section 3: “No foreign fishing vessel shall be permitted to engage in fishing and fishing related activities in the maritime zones of India under this Act”. This is certainly welcome by the whole domestic fishing sector.

However, next the Section 4: “Indian fishing vessels shall engage in fishing and fishing related activities within the exclusive economic zone and in the high seas under a license issued by the licensing authority“ has been one of the provisions of the Bill which is not relished by our small-scale fishers across the country as they consider this an effort to now restrict them to the territorial sea and regulate their current open access to the EEZ.

Demand for Differentiated Treatment
Small-scale, artisanal fishers demand for a special and differentiated treatment domestically. They deem the special licensing requirement being imposed under the Bill as being both costly and impractical. The current authorisations to fish – in the form of registrations and licences -- being provided by the coastal states is being deemed as adequate, because their ventures outside the territorial sea are not a regular feature. However, given the straddling nature of fish stocks, the customary right to follow the fish – even beyond the TS and into the EEZ -- cannot be linked to possession of a separate licence, they argue.

The definition of ‘small-scale fisher’ in the Bill (Section 2(r) as a person who use fishing vessel is less than 24 metres in length is also problematic. The use of length as the sole criteria is faulty. The 24-metre cut off, will also include most of the large-scale fishing vessels in India, many of which are individually owned. If the objective is to support the genuine small-scale sector, then a horse-power rating below 50 HP and the exclusion of bottom trawl nets should be included as criteria.

Sustainability a Casualty?
The 2021 Bill, unlike its earlier drafts, completely drops all the emphasis on biodiversity, ecosystem integrity, conservation and sustainability which was included in the earlier drafts. This is a regressive measure and reflects a very crass approach to a renewable resource which is hugely influenced by nature processes.

The 2021 Bill also does not acknowledge the need to follow the FAO/UN Code of Conduct for Responsible Fisheries (CCRF) – the voluntary guidelines endorsed by nearly all developed and developing nations as a moral soft law framework for marine fisheries. It also fails to acknowledge the FAO/UN Small-Scale Fisheries Guidelines which it gradually becoming the Magna Carta of small, artisanal fisher’s world over.

The 2021 Bill mentions the creation of a Marine Fisheries Development Fund (Section 7(1)) into which the licence fees and other collections will be remitted and the Fund in turn used for development and management of fisheries and the welfare and safety of fishers.

The overall impression is that of a hastily rehashed Bill, for a sector which is not deemed as mainstream, being rushed through Parliament so that India can make a claim to the global community of having the legal instruments for governing our EEZ and its marine resources. The unstated position seems to be that any inadequacies and loopholes can be fixed as they get noticed.

Perhaps more engaged domestic discussions with the numerous organisations representing the interests of fishers of the country, the trade and export industry representatives, the coastal MPs and MLAs, and sections of the fishery scientific and administrative community would have produced a more holistic and carefully crafted Bill.

This government seems to be in a hurry to change or introduce legislations in every field. With much more burning issues to be tackled, that marine fishery issues are even being tabled, may be the only blue lining.

(The writer is with the Azim Premji University. Views are personal.)