Opinion | Bishop Franco trial: A 'code' for rape survivors which could help them get justice 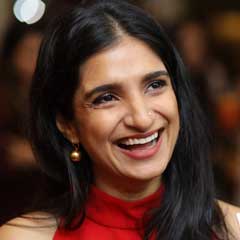 The Additional District and Sessions Court, Kottayam, on January 14, acquitted Bishop Franco Mulakkal of the rape charges levelled against him by a nun. The victim was the Mother Superior of St. Francis Mission Home, Kuruvilangadu, a convent under the Missionaries of Jesus, directly controlled by the Jalandhar Diocese headed by Bishop Franco Mulakkal.

The nun, in her complaint, said she was raped 13 times between May 5, 2014 and September 23, 2016. It was known later that the ‘place of occurrence’ was guest room No. 20 of St. Francis Mission Home which the Bishop used on his visits to Kerala. On October 4, 2016, the nun conveyed to the Bishop over a phone call that he would no longer be permitted to stay at the convent. The nun faced retaliatory action. She was removed as Kerala in-charge and demoted from the role of Mother Superior to an ordinary nun in the same convent. An inquiry was also ordered against her based on a complaint by her cousin who claimed that the nun had had an affair with her husband.

Convinced that these steps were being taken at the behest of the Bishop, the nun, with the support of her fellow nuns, decided to approach other leaders of the Church for help. She met Bishops and Cardinals and even wrote a letter to the Pope. Apart from being asked not to make the allegations public, no action was taken against Bishop Franco Mulakkal. Some of the nuns who supported the victim too faced retaliatory action.

As she persisted in finding a solution within the Church, she faced further vindictive action. A complaint was registered with the Punjab police stating that she and another nun had threatened suicide. A complaint was filed within the Church alleging that she had physically assaulted the newly appointed Mother Superior. Police complaints were also registered against the victim’s brother and relatives of some of the other nuns supporting her. Having no other recourse, the victim decided to go to the police.

On June 27, 2018, the victim filed a complaint with the District Police Chief, Kottayam and the First Information Statement (FIS) of the victim was recorded and an FIR registered against Bishop Franco Mulakkal. An additional statement was taken by the police and her statement was recorded before a Magistrate as well. She also underwent two medical examinations.

The victim’s testimony in this case was supported by the testimony of other witnesses as well. Two nuns were present and were witness to the fact that Bishop Franco Mulakkal did indeed stay at the convent on May 5 and 6, 2014. One of them also saw the victim carrying the ironed cassock back to his room. Entries in the convent register shows the presence of the Bishop at the convent on all the dates of reported sexual violence.

The judge went through all the evidence and witness testimonies with a fine-tooth comb. The statement of one witness was rendered inconsistent. This was so because the victim did not disclose in her FIS that she had confided with this witness and that despite having disclosed this matter to her in 2014, they both chose to speak out only in 2018. Her ‘credibility’ was also challenged because she was told only about the acts of sexual violence that took place in 2014 and not of the ones in 2015-2016.

The testimonies of other witnesses could not be established because the court concluded that they only knew that the victim was being compelled ‘to share a bed’ with the Bishop and not that ‘she was raped multiple times.’ Leaders of the Church, who had been approached by the nun for help, testified that they were aware of obscene messages, containing vulgar words,’ but were not informed of any rape. The judge concluded that only two of the witnesses had been told about the rape, and, that too, only in May 2017; eight months from the last incident. This ‘long delay’ meant that their testimonies could not adequately support those of the victim.

One witness deposed to having met the accused regarding a request to continue in Kerala. She stated that Bishop Franco Mulakkal put his arms around her shoulders and pulled her towards him, as she was leaving the room. She said she did not like his behaviour and forcefully opened the door and came out. But the judge opined that the behaviour of Bishop Franco Mulakkal towards this witness was ‘not a relevant issue in the trial.’

The court said the victim’s testimony was inconsistent. It was pointed out that she only disclosed that she had been forced to ‘share a bed’ and not that she was raped on 13 occasions to her witnesses. Complaints and letters drafted by her did not have details of any sexual violence and only referred to vulgar words with sexual undertones. In her FIS to the police, she did not mention penile penetration. The court said that in her original version to the doctor during the medical examination, she had stated that there was no history of penetrative sex. However, in her additional statement to the police, she specified that she was subject to penile penetration on 12 occasions but not on the first occasion. The doctor’s report was also corrected by the doctor herself.

It was argued for Bishop Franco Mulakkal that the allegations against him were raised by the victim to cover up the inquiry ordered against her on her cousin’s complaint (of the victim’s affair). To this, the cousin herself testified that the allegations made in the complaint were not true and that it was done to exact revenge. The judge was of the opinion that the allegations could not be brushed aside. He found it difficult to believe that the cousin, a teacher in a private school in Delhi, would make such frivolous complaints that could tarnish the reputation of her husband who was a Supreme Court lawyer.

The court was of the opinion that there were exaggerations and embellishments in the version of the victim and that she had made every attempt to hide certain facts. The court strongly felt that the victim had fallen prey to those with vested interests.

It is important to consider the circumstances of the victim and her relationship to the Church. She joined the nunnery at a very young age. Her entire world was the church and the Bishop was an integral figure of authority in it. As a nun, her chastity was a highly valued virtue as was obedience to the church and its leaders. It would seem only natural that she got confused. She would have fought myriad conflicting emotions even while remotely contemplating to share with anyone the sexual violence she faced from a person she held in such high esteem.

This conflict and emotional trauma also justify the delay in coming out and making a complaint. It would only be natural to take time to openly come out and say that she was raped by the Bishop and describe each sexual act that took place. It is in this context that the victim’s testimony must be seen and studied.

As far as the Church is concerned, this incident is an inconvenient truth. Moral fibre, or at least a facade of it, is of utmost importance to the Church. Incidents of sexual assault, paedophilia, and rape tarnish the image that the Church tries to maintain, causing people to lose confidence in its moral and spiritual authority. The Church would rather bury these than deal with it in an appropriate manner. The victim, too, as a loyal member of the Church, tried to solve this within its confines. It is when she saw no other remedy that she chose to go to the police. The court has pointed out that the victim and her companion nuns were willing to settle matters if their convent was put under the jurisdiction of a different diocese. It seems more than reasonable that the victim and her companion nuns did not want to be put under the authority of the very Bishop who had violated her and threatened her fellow nuns who offered support. This isn’t about vested interests as insinuated by the court but rather it shows the victim’s loyalty to a church; that ultimately failed to protect her.

The message from the court in this instance is loud and clear – if you happen to be a victim of sexual assault of any kind, you must record the incident in its entirety, including all intricate details, immediately. Speak to a friend or family and get them to jot down what you are telling them, or better yet, find a witness who was around when the assault took place. Make sure the details they have noted down match your own words. File a police complaint immediately and record your FIS with all these details included. Undergo a medical examination as soon as possible and convey to the doctor examining you, all the details that you have noted down. As harsh and insensitive as it may sound to a victim of sexual abuse, this seems to be the only way to ensure justice. Going by this case, in effect, it is the victim on trial and not the accused.