More trains between Ernakulam & Shoranur on the anvil: Interview with Southern Railway GM 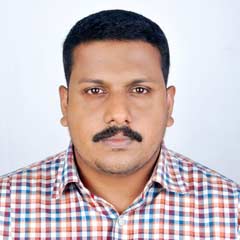 Automatic Block Signalling System (ABS) will become a reality in the busy Ernakulam-Shoranur corridor in two years if the Railway Board approves a proposal from the Southern Railway. Upon completion, the number of trains can be doubled in the 109-km stretch. “The work is being proposed for sanction in the Financial Year 2021-22,” informed Southern Railway General Manager John Thomas in an e-mail interview with Manorama Online.

He also said terminal works will be taken up on priority and the railways is examining a proposal to run premium trains, such as Shatabdi and Tejas, in Kerala.

Edited excerpts from the interview:

Q: Kerala fails to get new trains because the State does not have an adequate number of terminals. What is the current status of the works on Kochuveli Yard and New Nemom Terminal?

A: The Railway Board has approved the Rs 40-crore project for two additional platforms and one additional stabling line at Kochuveli. Tenders for civil, electrical, signal and telecommunication works have already been floated and the work is likely to be commissioned in 2021-22. This will facilitate space for more trains at Kochuveli. Rs. 250 crore has been sought for land acquisition for the Thiruvanathapuram-Parassala line doubling project and Nemom Terminal. The proposal is under Railway Board’s consideration.

Q: One of the major issues with railway lines in Kerala is its large number of Permanent Speed Restrictions (PSRs). Many feel that these PSRs could have been removed if the construction wing changed the gradients and degree of curves during doubling works in those sections. Does the railways have any plan to bring down the number of PSRs in Kerala?

A: Permanent Speed Restrictions in some sections were imposed during the doubling works. These PSRs were imposed on safety grounds primarily due to issues concerning settlement of soil formation under the tracks. Once the formation is stabilized, the PSRs can be eliminated.

Q: Southern Railway has entrusted the Kerala Rail Development Corporation Limited (KRDCL) to study the feasibility of developing Ernakulam Marshaling Yard into a world class terminal. What is its current status?

A: KRDCL is yet to submit its feasibility report. We will take a final decision to develop another terminal based on the report. What is more crucial is to reduce mobility constraints in the existing yards.

Q: Is there any proposal to install Automatic Block Signalling (ABS) System in the busy Ernakulam-Shoranur section or Twin Single Line System as an Adhoc measure till the third line comes up?

A: The Automatic Signalling System in the existing Ernakulam-Shoranur double line is being proposed for sanction in the Financial Year 2021-22.

Q: Will the Railways take up the long-pending one- km doubling in Shoranur, towards Palakkad and Thrissur direction?

A: Shoranur Yard requires a lot of improvements to remove existing bottlenecks. A detailed study is being conducted by the railways to identify the finer points that are essential for the yard remodelling so as to reduce the running time in the Shoranur area. Doubling of the Shoranur one-kilometer single line towards Palakkad and Thrissur is part of the remodelling.

Q: Whether the Railways have any plan to increase coach capacity and average speed in Kollam –Sencottai section?

A: Increasing the average speed in the ghat section is being studied. However, given the degree of curves and the gradients there is a limitation in the number of coaches that can be hauled over the ghat.

A: The proposal is under finalization taking into account the guidelines of the Railway Board.

Q: Under the Mission Raftar, Railways is incresing the speed limit in many lines across the Indian Railway network. Has the Railway selected any lines from the south under this project?

A: Work is in progress to increase the train speed to 130 kmph in Golden Quadrilateral and Golden Diagonal Routes viz, Chennai-Gudur and Chennai-Arakonnam-Renigunta sectors. Speed trails have been already conducted and necessary action will be initiated on the receipt of the report from the Research Design and Standards Organisation (RDSO). Train speed has been increased after doubling the Kottayam route. Speed of more trains will be increased after the completion of the doubling work between the 16.84-km stretch between Ettumanur and Chingavanam. The work is expected to be completed by December 2021.

A: The codal life of the coaches has not been reduced. And there is no shortage of coaches of trains either. At present, Many rakes are getting converted into LHB rakes. The integrated coach factory (ICF)-built traditional coaches getting released as a result of such replacement are also put into service wherever required.

Q: Kerala is one of the few states in India that does not have Shatabdi, Uday Double Decker or Tejas train services. Does Southern Railway have any plan to run premium trains in the State?

A: Feasibility of introduction of Tejas/ Shatabdi trains is under examination. The Railway Board has to take a final decision on this.